(so much for my blogging aversion, ha ha)

i won a little russian vintage camera from lina's blog a little while ago! i've been following her blog for a while.
excited to get the film developed. 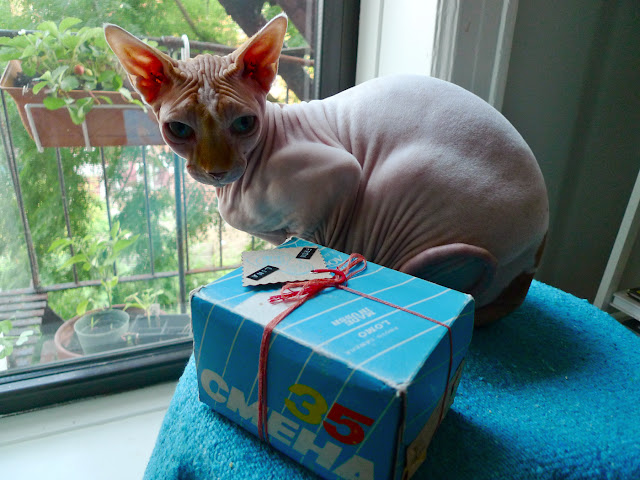 nyc has free shows thru out the summer all over! by the water or in a park.
yesterday we went and saw blood orange & the ghost of a saber tooth tiger [sean lennon's project]
just interesting that, maybe there is too much going on.  nate said even a son of a beatle can't draw a crowd for a free show in new york city.
[as i write this, nate is on weirdudenergy.blogspot.com ... that's my boy, says some smart things but laughs at some dumb things] 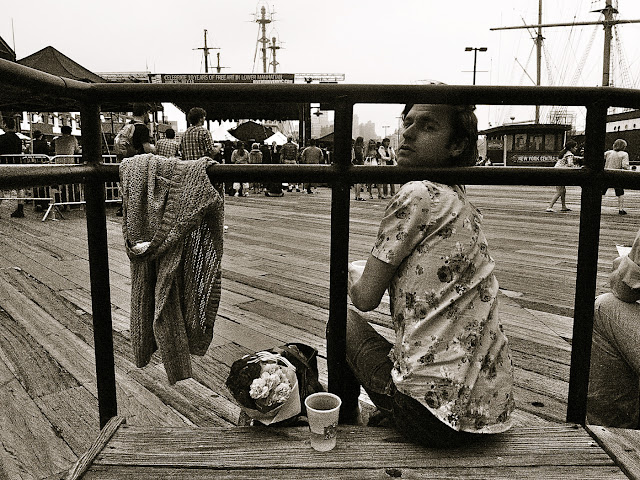 found out about another great restaurant in brooklyn, called lighthouse.
while i waited for nate, it stormed outside. it was warm and raining viciously. it was beautiful. i sipped on my cocktail and waited for nate. not having a car has changed the way we go out to dinner. it's usually after work, and we pick where  to meet. no telling who will get there first.
kinda fun. 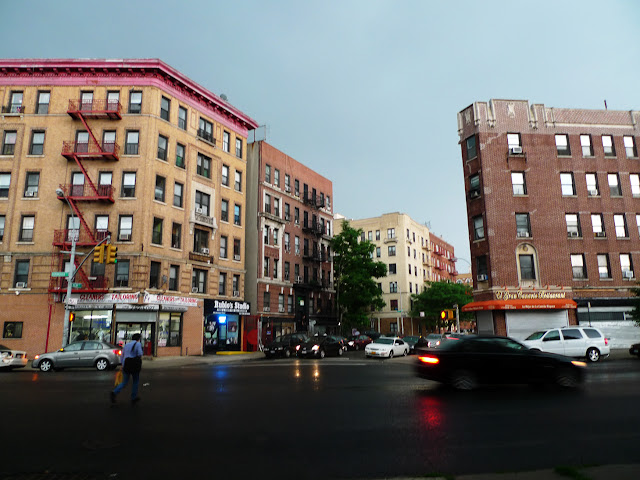 then we had roasted cauliflower, indian spiced rice, roasted potatoes & brussels sprouts. everything was right up our alleys. 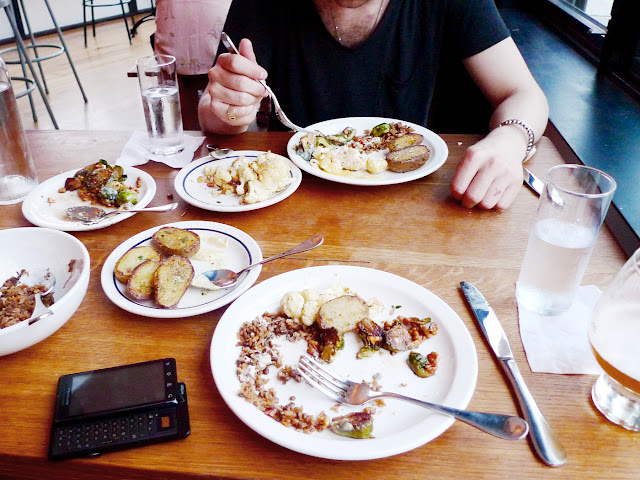 we love having our california friends living in brooklyn.
we had a nice dinner over there thursday night. can't wait to get bikes, so we can just ride over there in about 7 minutes. 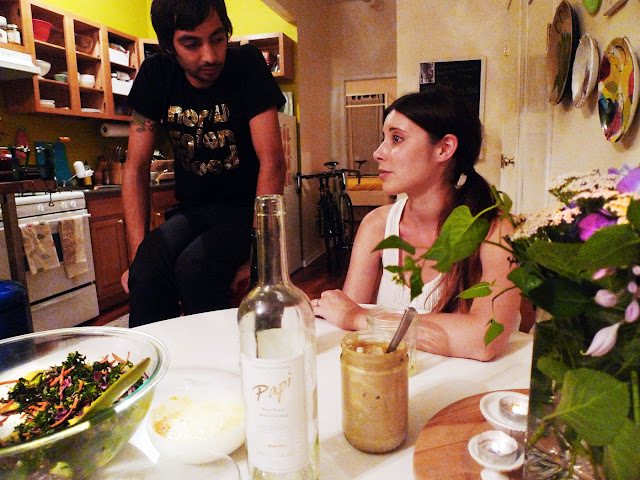 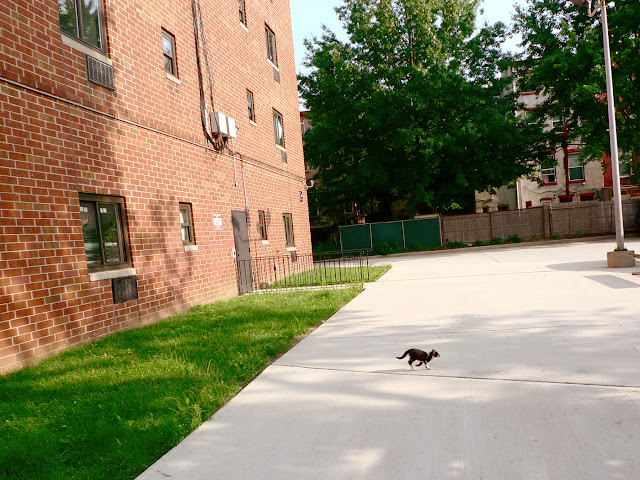 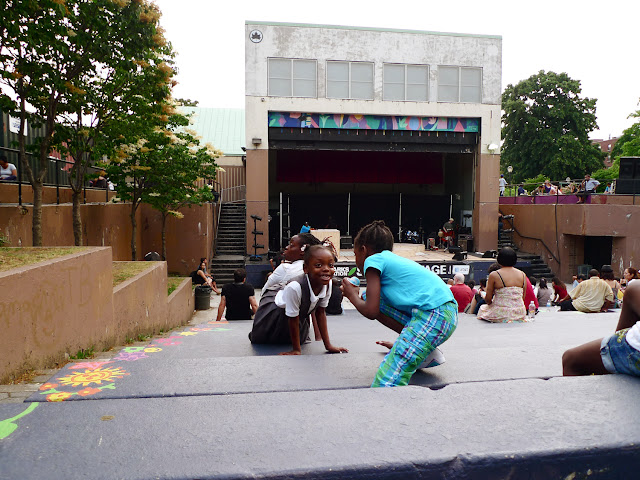 going to try and be a little braver with my camera in our 'hood.
at 9:48 AM