the leaves are still mostly green, but the snow still decided to show up early! i was in the shower when nate started freaking out saying the snowflakes were HUGE and i better hurry up b/c it's gonna stop. so i rushed out... took pictures, but the snow didn't stop....for hours. 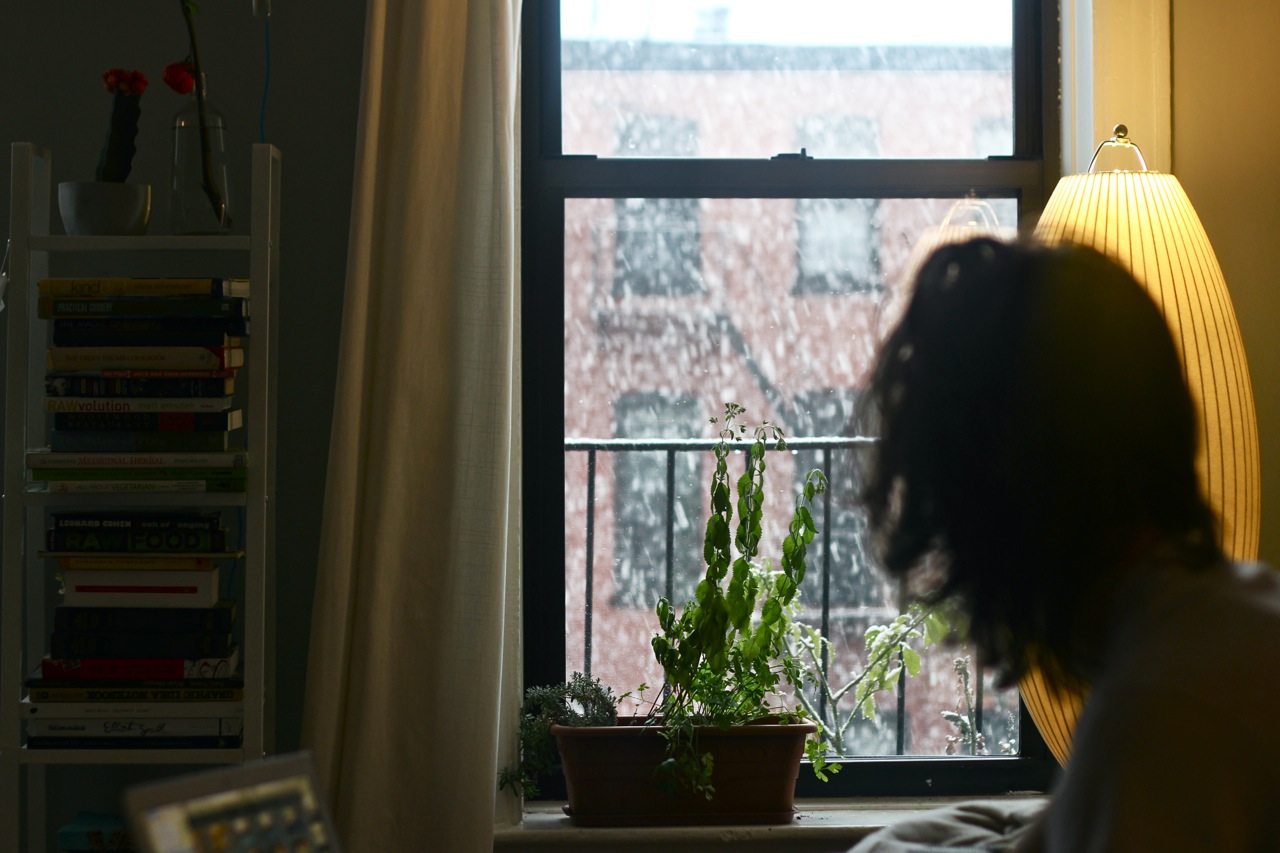 our heater isn't gonig to start working until tomorrow, so we went out and bought a little space heater, b/c our little hairless cats do get cold!
as we walked thru the snow,  and slushy rain that was coming down, carrying the space heater and bags of groceries,  we remembered what it was we don't like about nyc.

it's interesting how our apt felt so foreign to us that first day we moved in, but now really feels like a cozy little home! you really can make anywhere you want, your home. 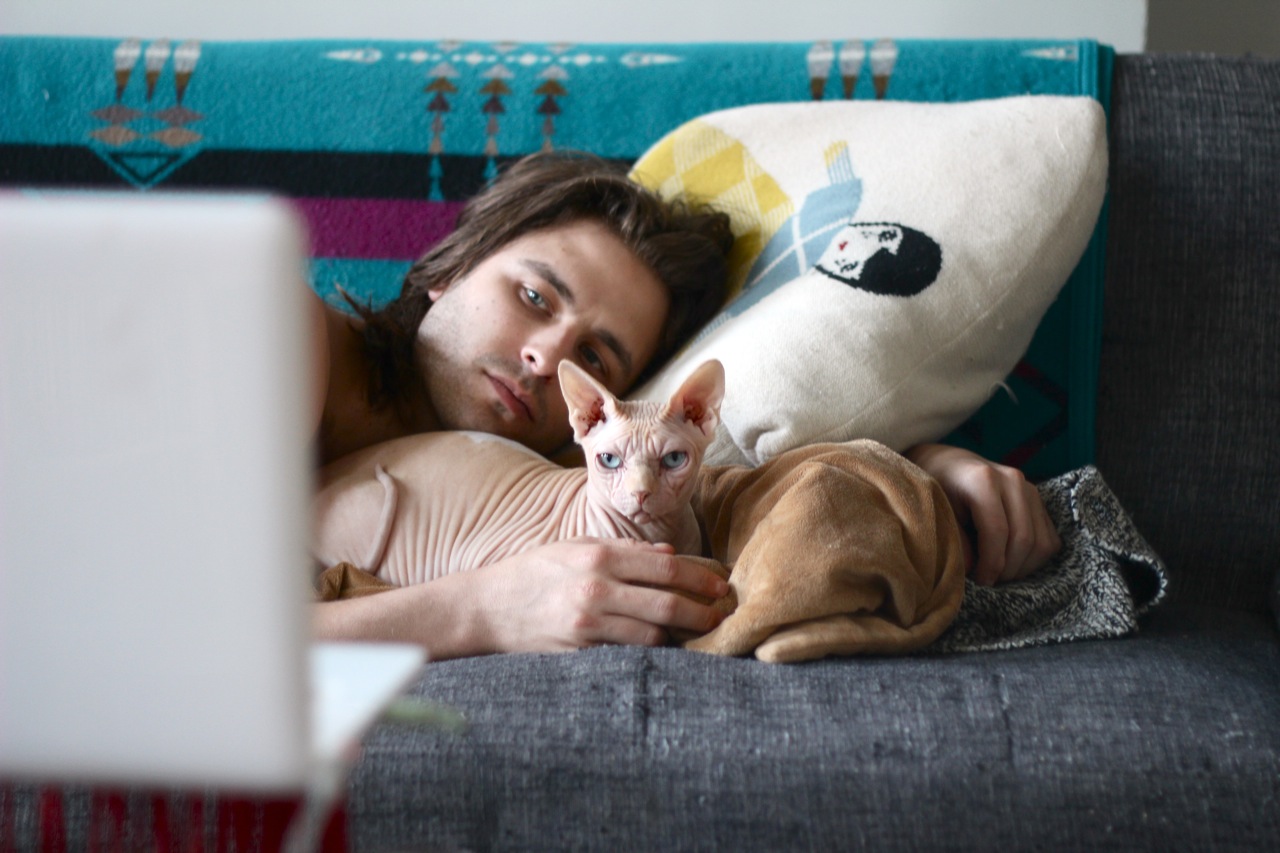 our pal brando and his band fidlar (noisy, and normally i wouldn't like, but it's really grown on me! i've been to couple shows, and i am loving carmalita & max can't surf). 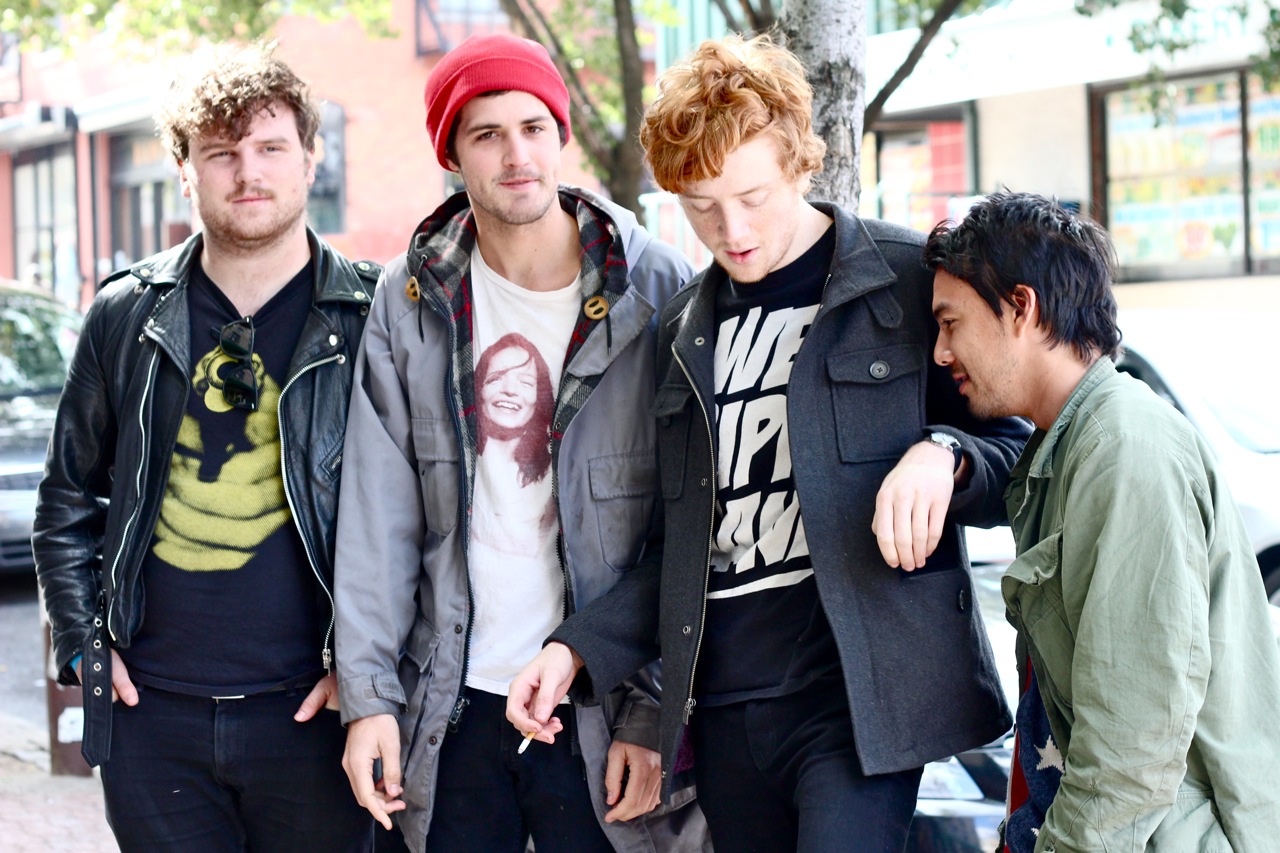 you're probably like wooah, who's that homeless guy on the right? that would be the lead singer. he wasn't feeling so good by then, i think they had played 6 shows in 3 days for cmj. 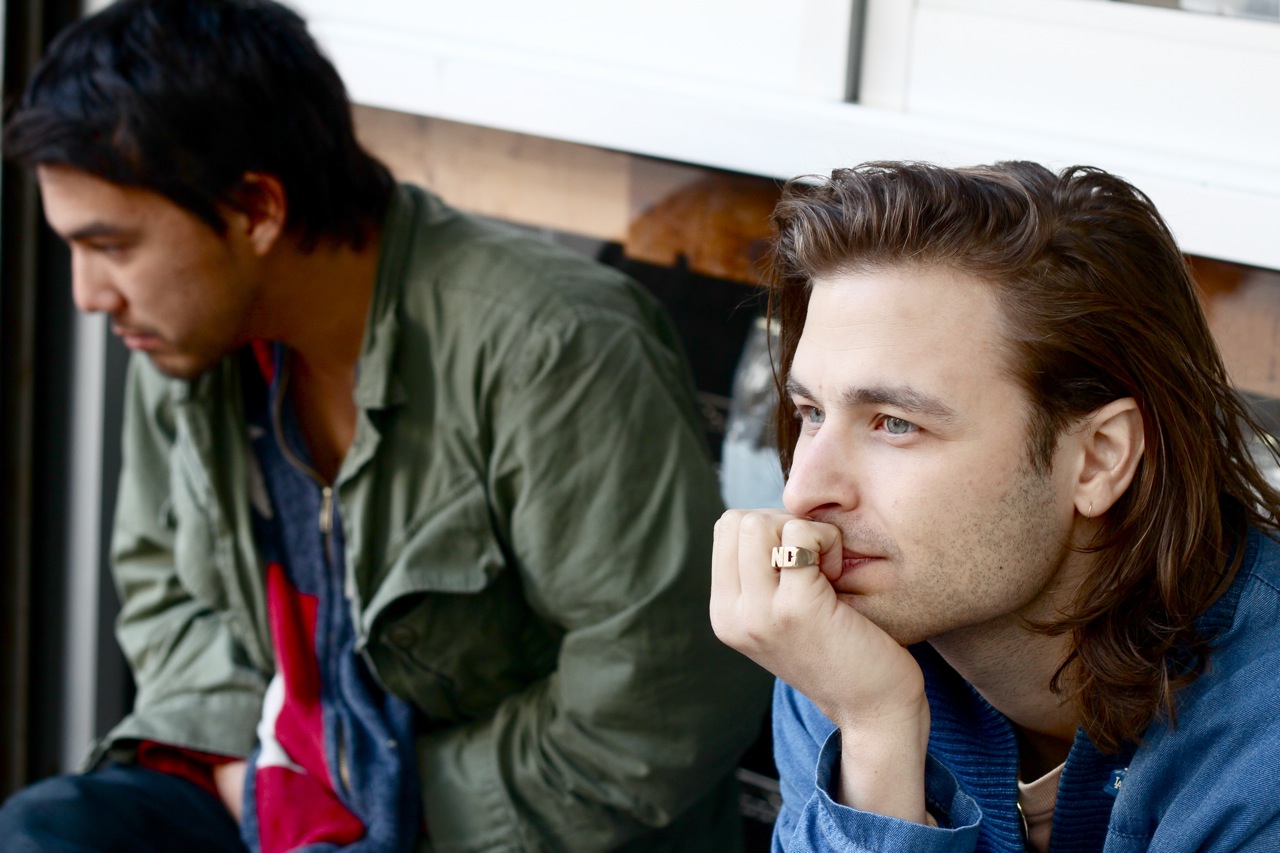 cajla flew in for the weekend too! 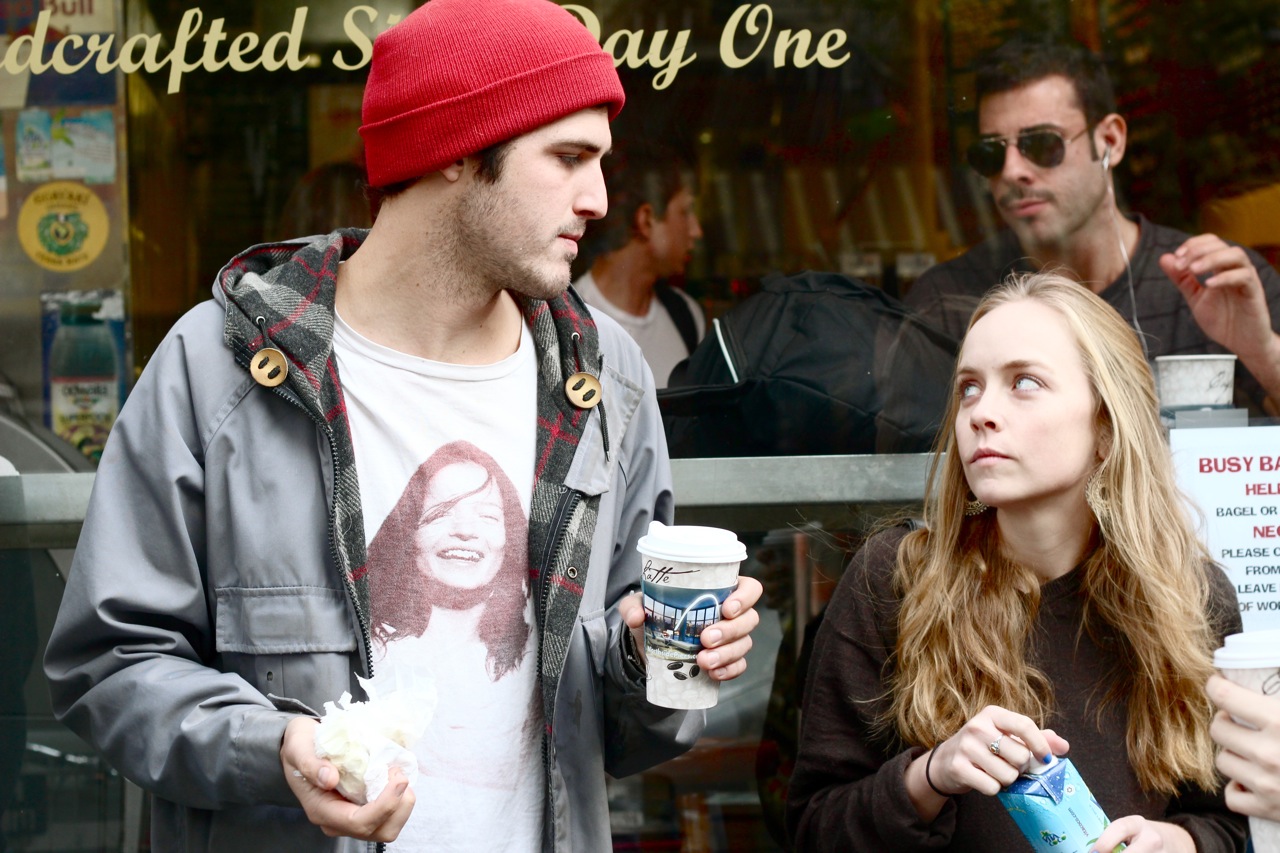 anyway-
today was a much nicer day, and we remember why it is we love nyc so much. it was 40 degrees outside, sunny, most of the snow had melted away, and we walked about 4 miles, to our friends house for vegan pancakes, then coffee,  then to goodwill (this time to find nate parts for his costume for halloween), grocery store, burritos... i wish tomorrow was sunday again. 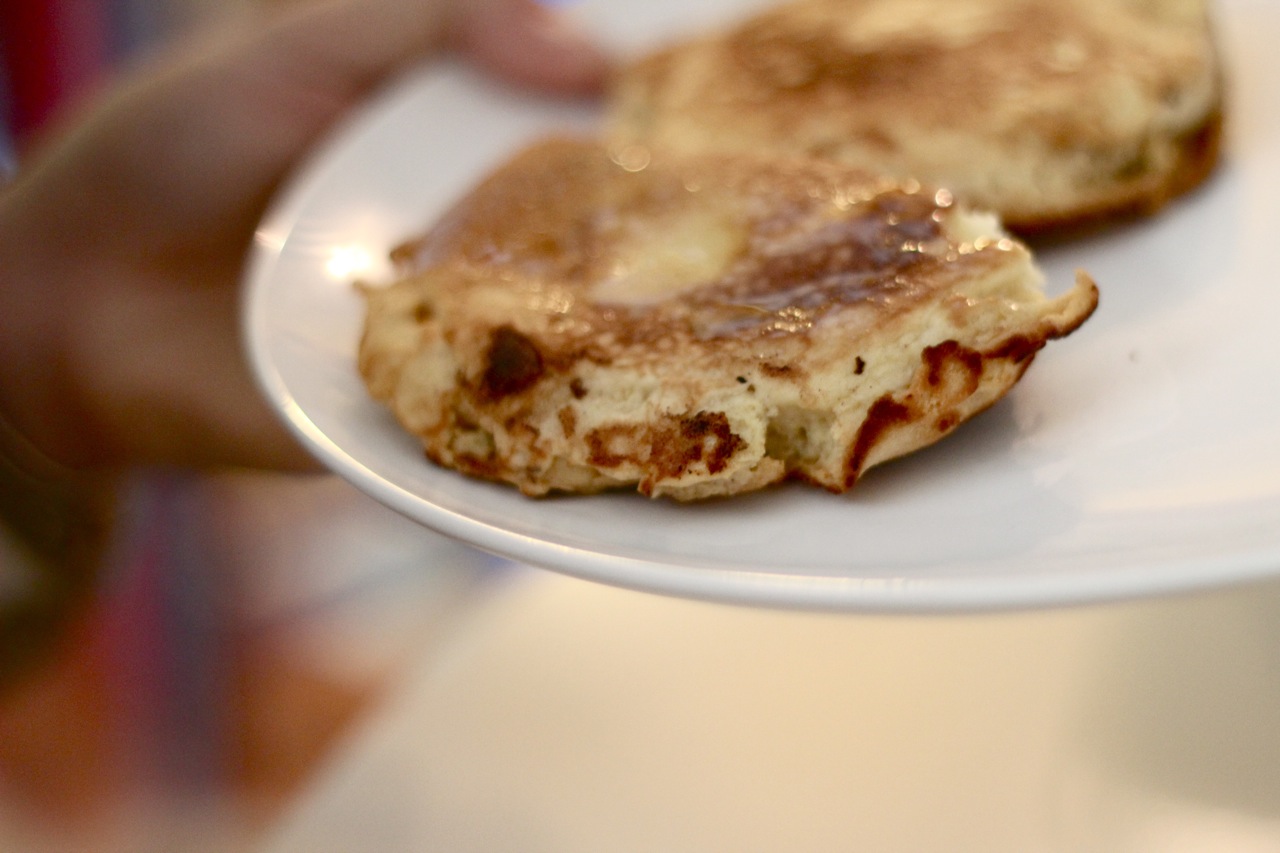 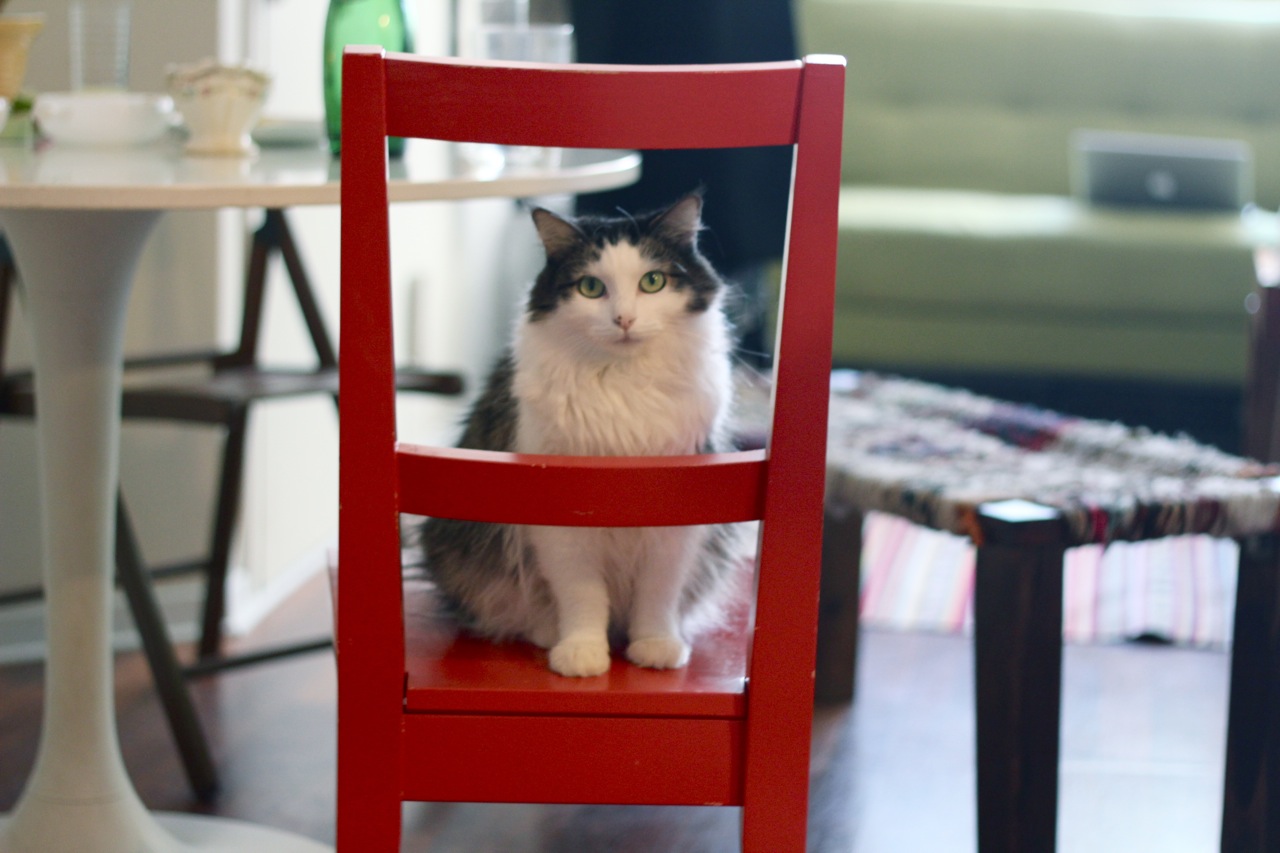 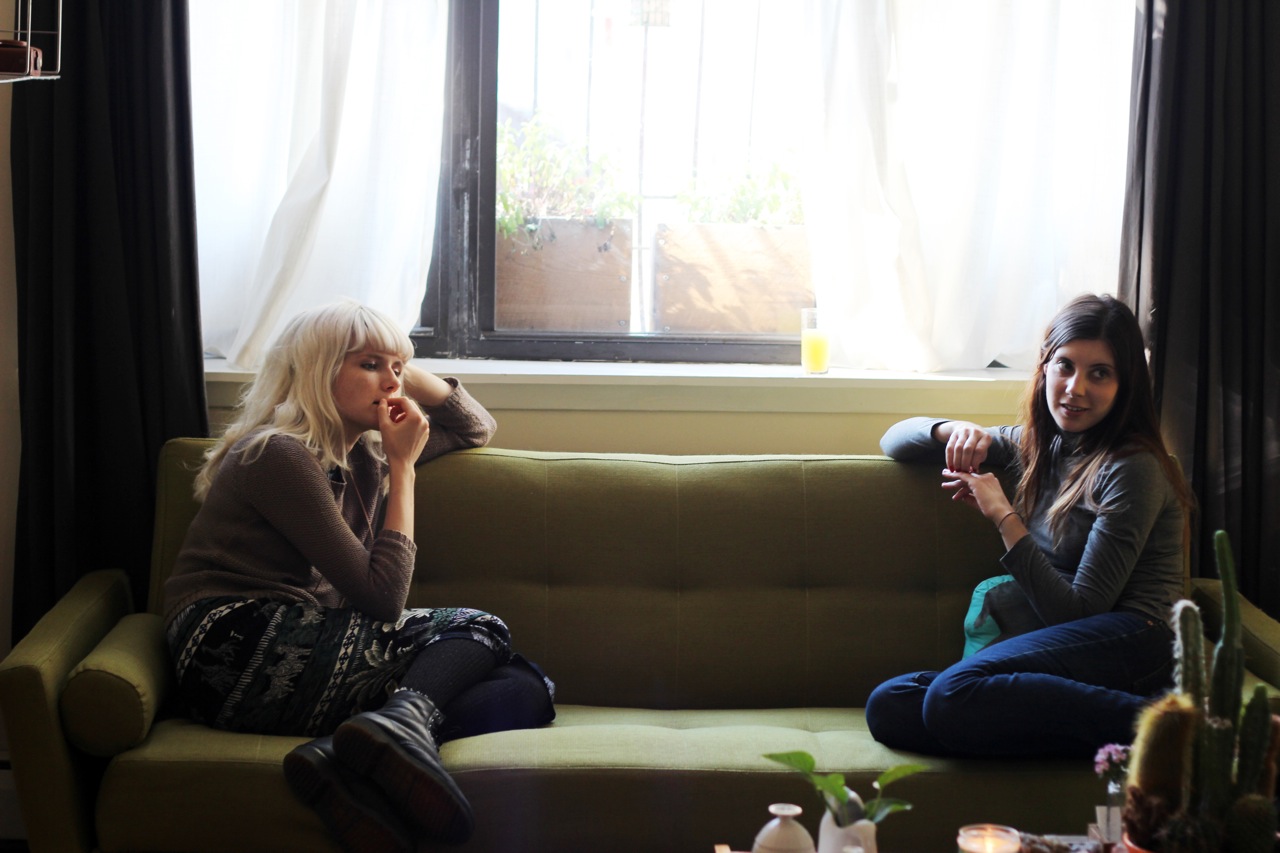 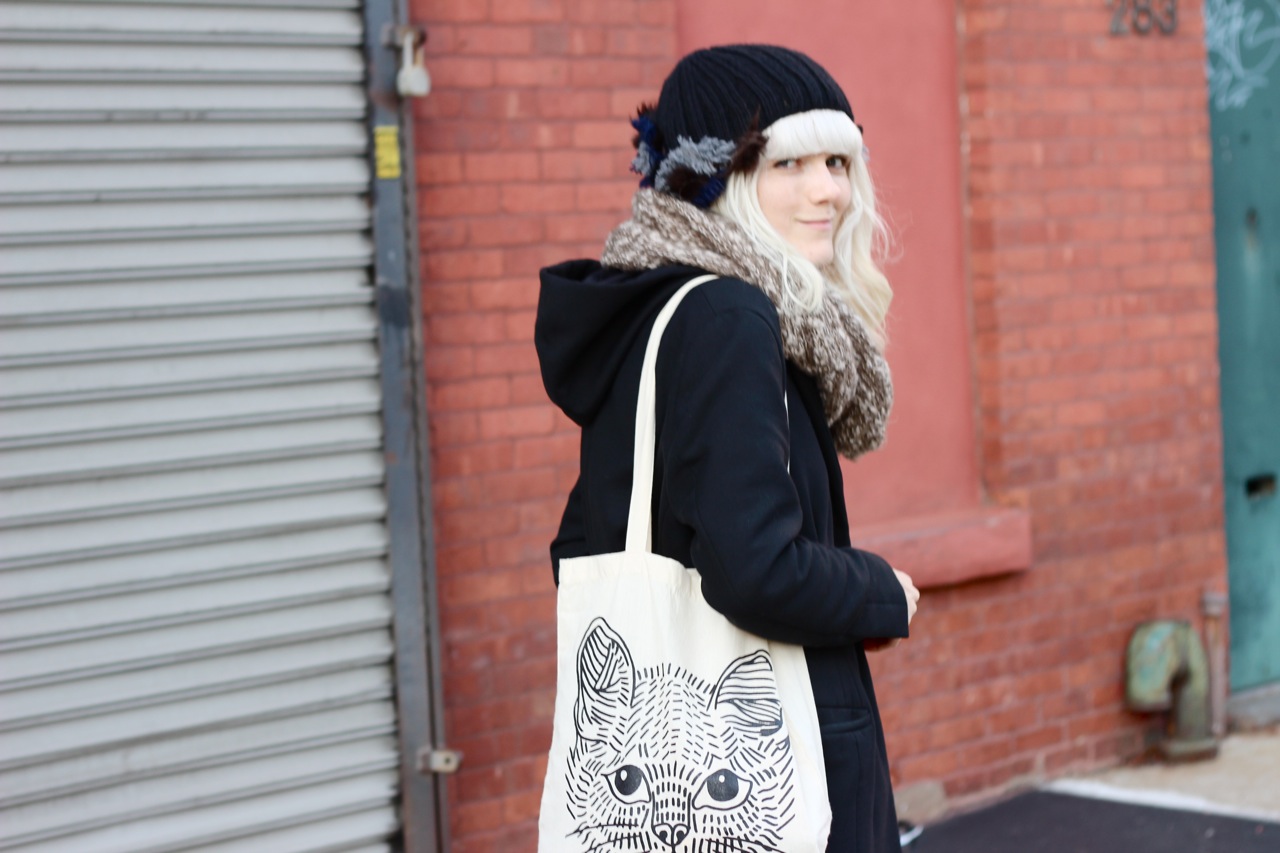 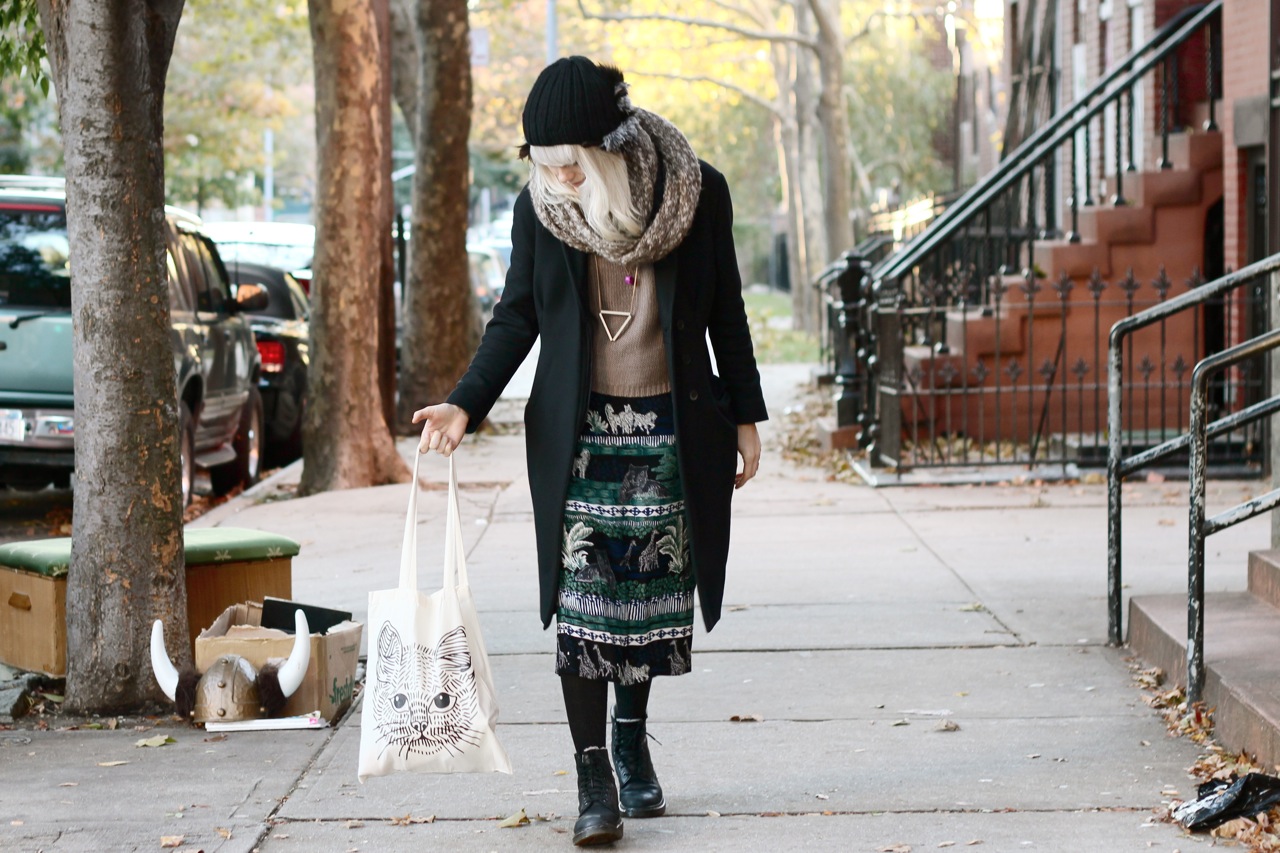 & yep, i put that disgusting random thing on the side of the street on my head. b/c i'm...cool like that.
(probably not the smartest thing to do, since there is a bed bug epidemic here...) 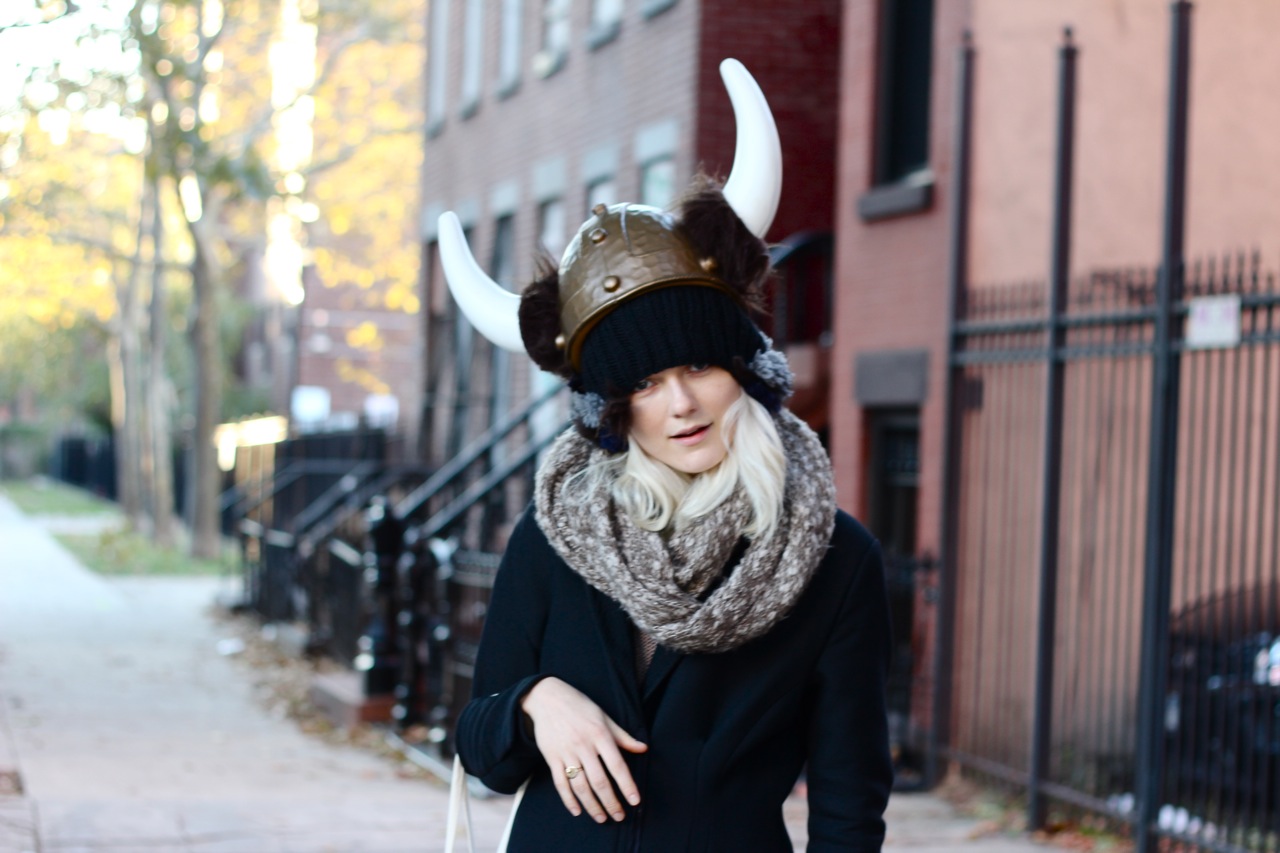 ok. that's all i have for now. til next time! soon i hope! 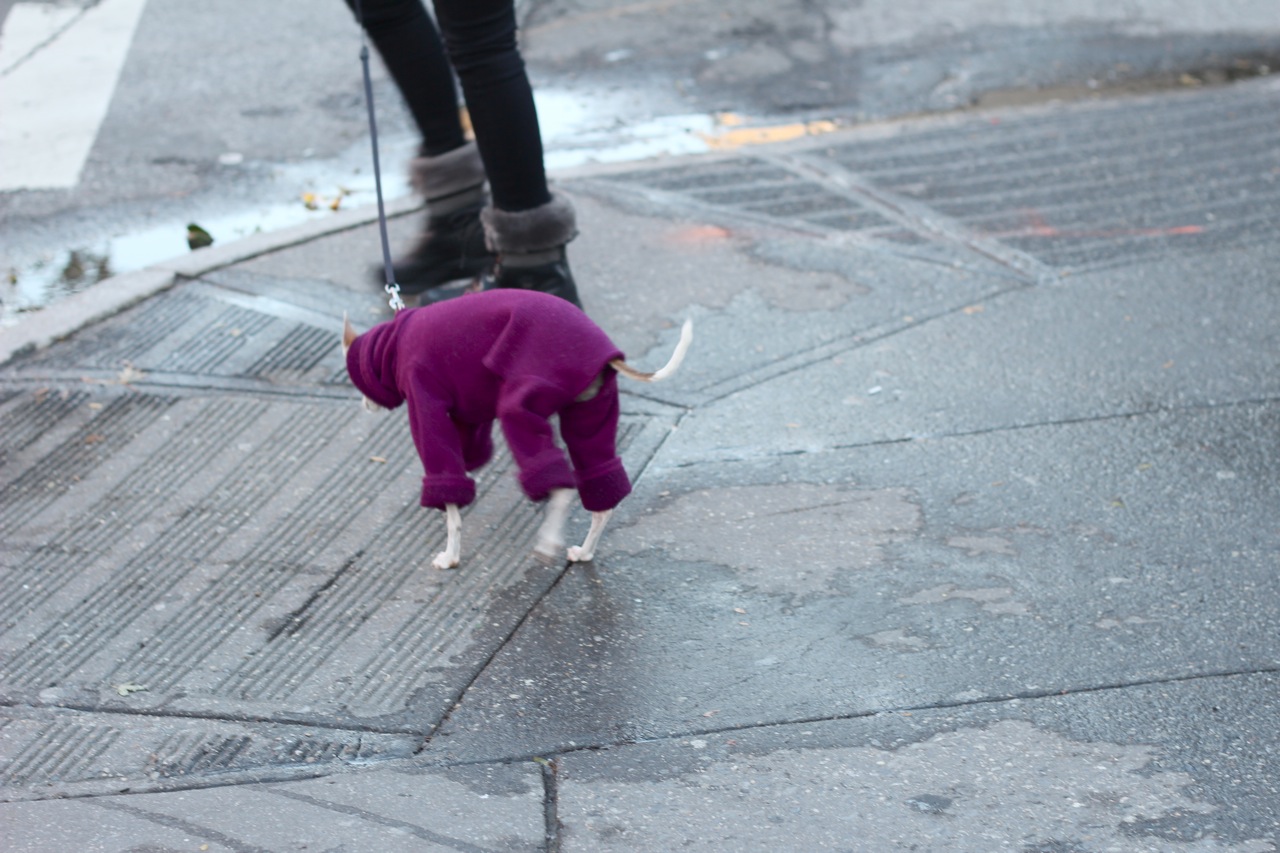 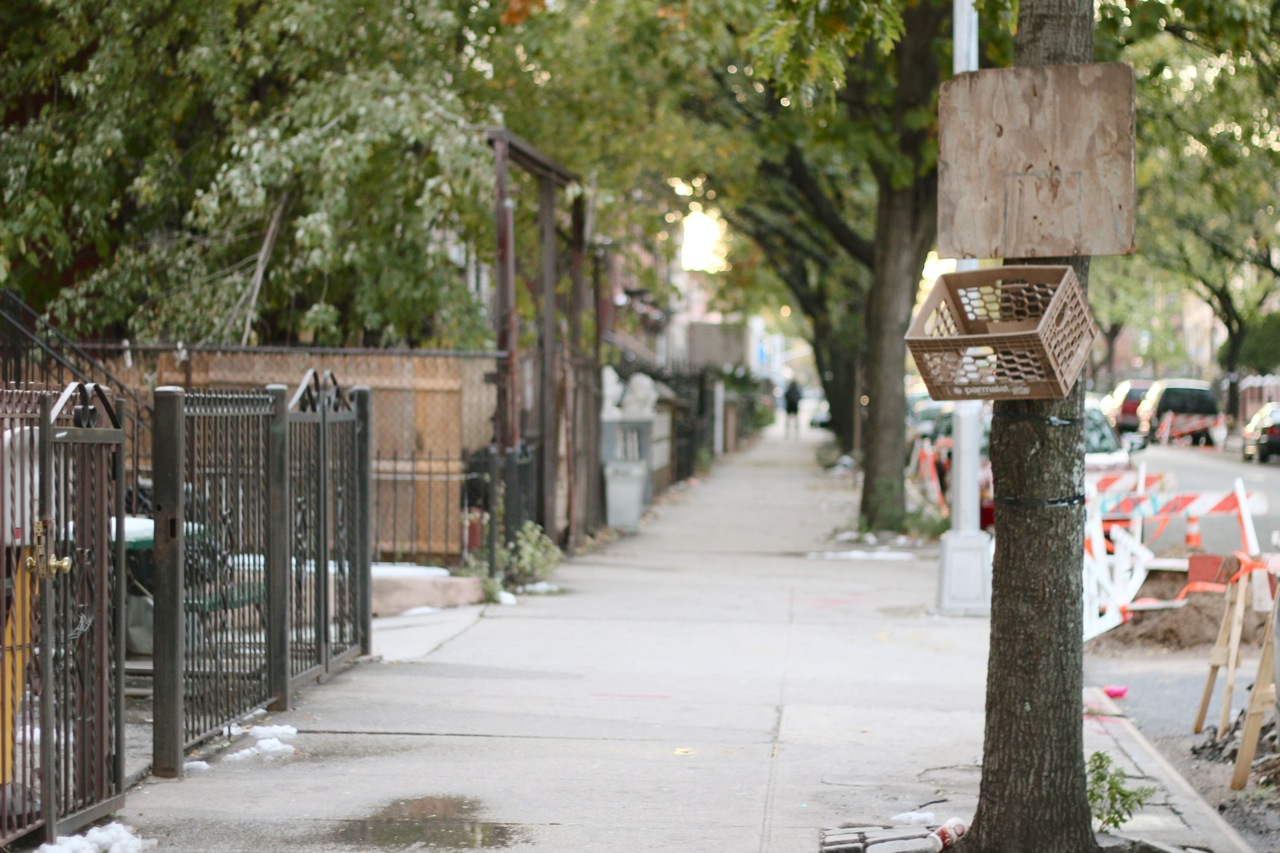 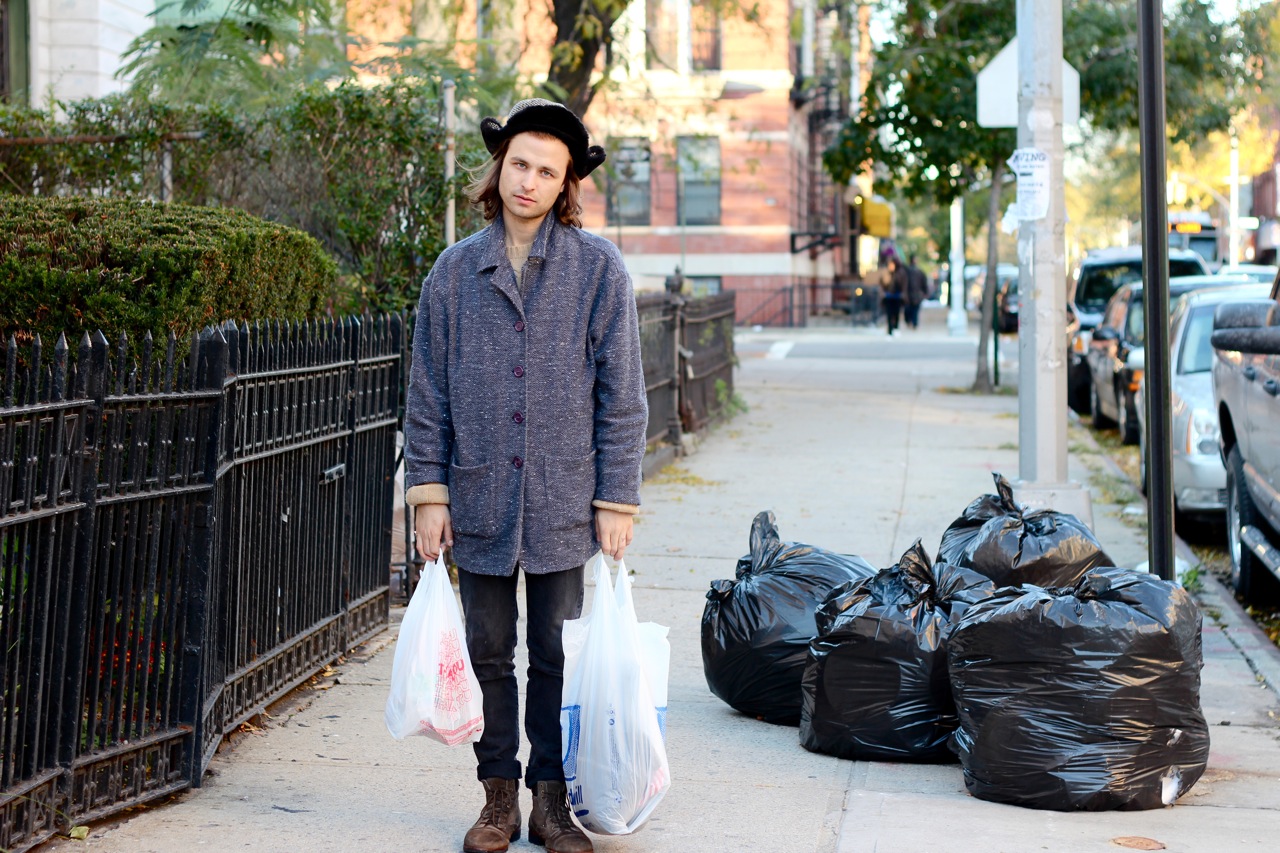 
nate got this magazine for me. and i love it.
i read it, then went thru out our house and took care of all of our plants. ha.

it's very inspiring and beautiful. each issue will focus on taking care of a certain plant with detailed intstructions.
you're probably wondering, couldn't you just find all this info on the internet? yes... yes you can, but will it nicely laid out, with nicely currated artwork and articles? i didn't think so ;) 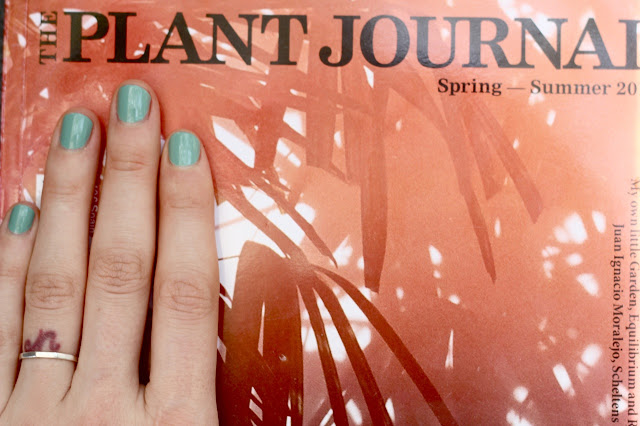 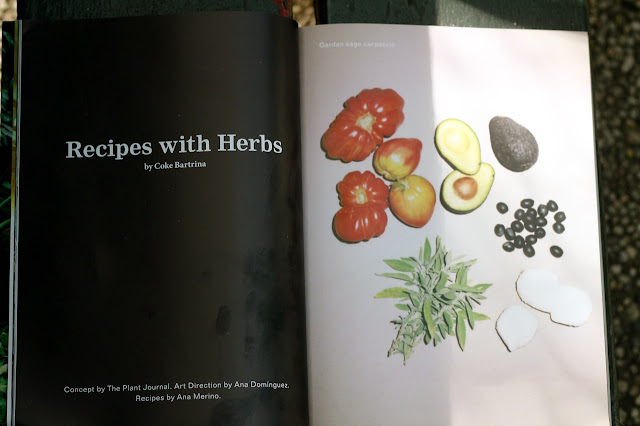 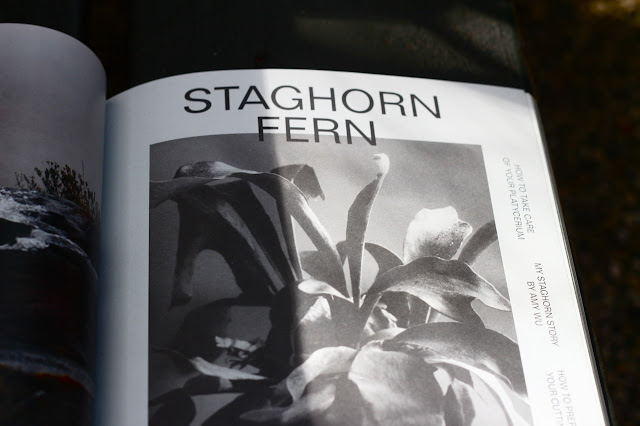 my favorite page, of course. (cutting this one out of the magazine and hanging it on my wall...duh.) 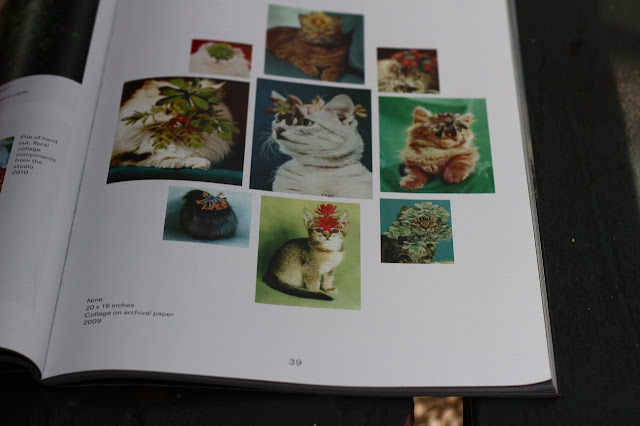 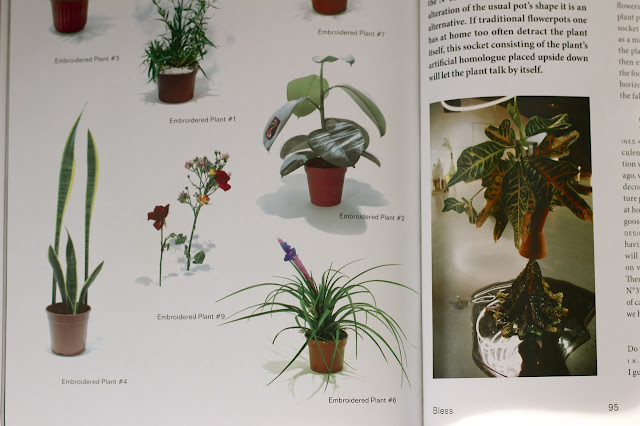 one thing, i will have to mention, is that there was a typo. (nate's probably rolling his eyes right now, b/c i can't seem to drop it! ha ha. well, i just think typos are ok on blogs and things that aren't really important, but come on! this is a $20 magazine! triple check your work...right?)
anyway, very inspiring and awesome magazine, w or w/o typo! :) 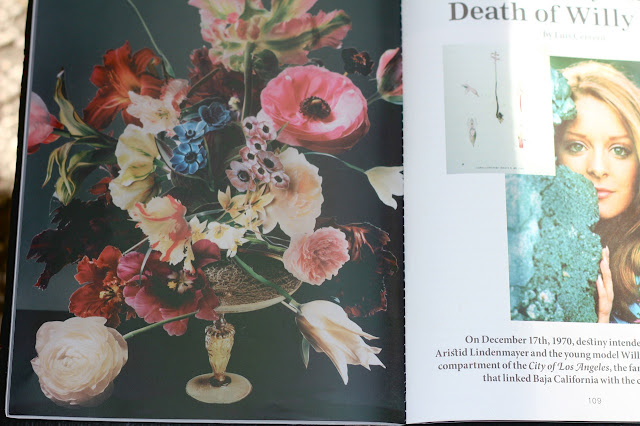 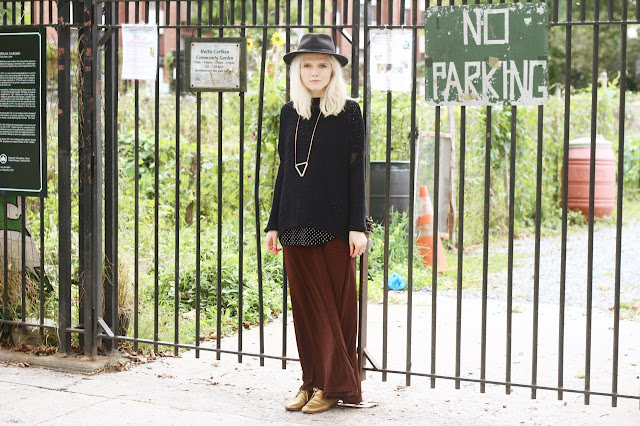 oh  yes, it's finally fall weather around here. mid 60s weather. we are keeping our ac in our window for another wk or so, b/c we hear it's gonna be hot this wknd! anyway, while it's chilly, i'll stick to long skirts and drapey sweaters. 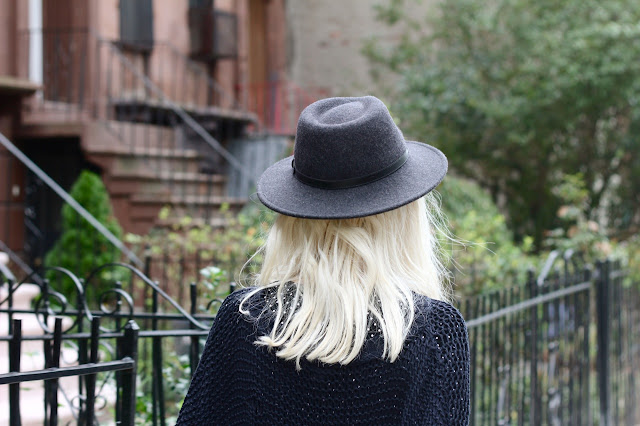 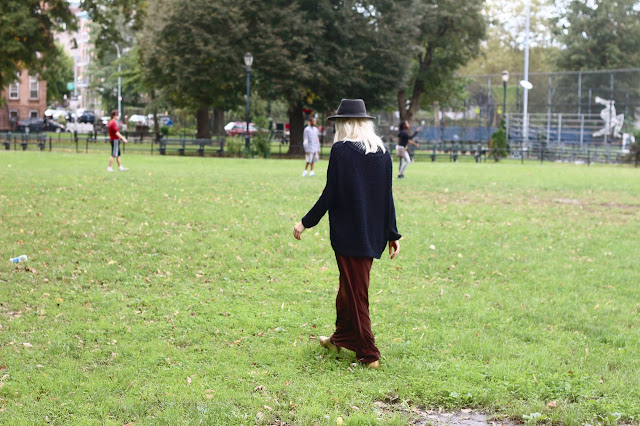 the hat i'm wearing is the pendleton wool hat. nate bought it as a "share" for us....we have been known to share clothing... 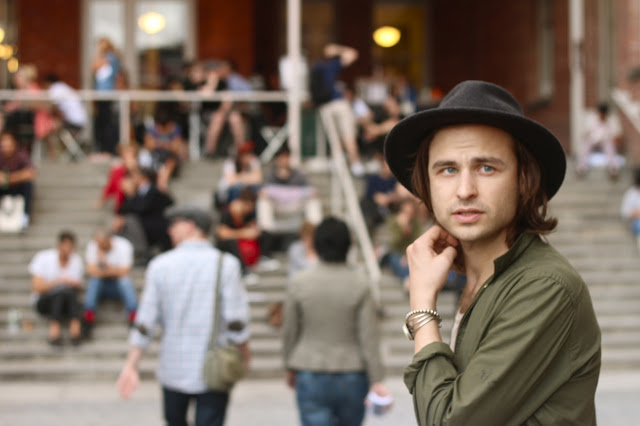 we went to the PS1 museum book fair, this last wknd. we saw a lot of cool art, and i loved pretty much everybooth, and wanted to get one of everything, then be locked away with only the new books i bought... yeah, probably not.
there was one thing we really wanted to get, it wasn't a book, but a huge photograph. we both loved it, and found their website where it's available, i hope we get it soon. i feel like this is what's been missing off our wall this whole time. 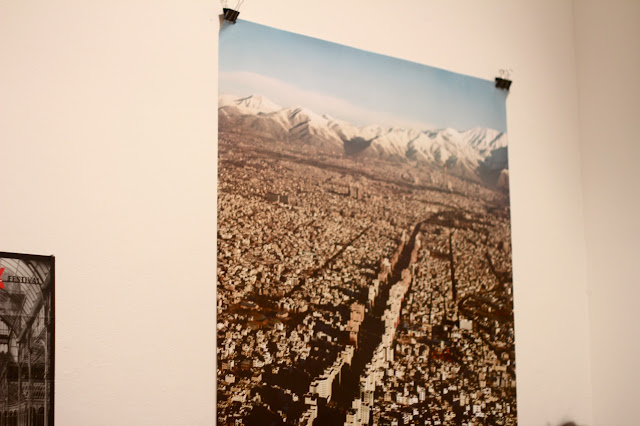 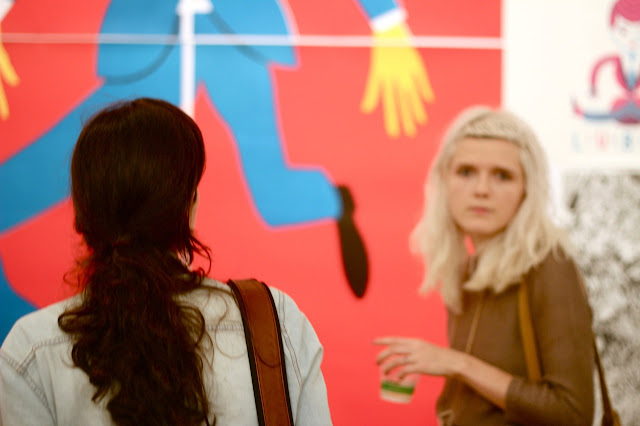 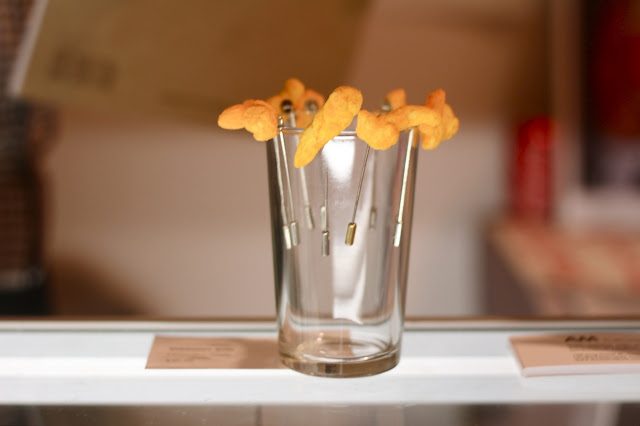 i saw this cat trying to climb out of the window, so i took a picture and said "what do you think you're doing?" and he/she said "meeeeeow!" and ran back inside.good times.. 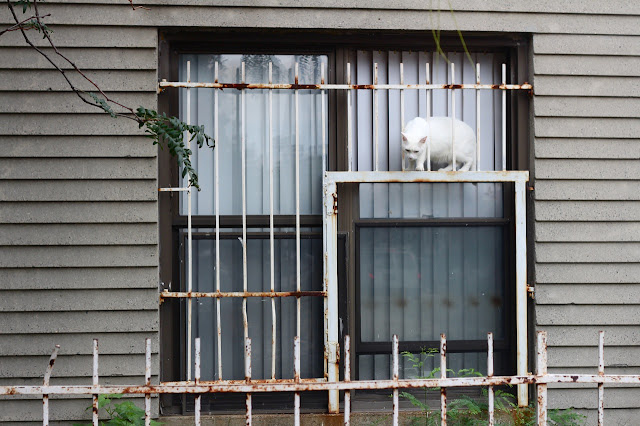 for brunch on sunday, i made tofu scramble, a salad & some toast. it was one of those meals nate wanted me to remember & make again soon. i have this habit of making new things all the time, and forgetting to remake the things we've been liking. 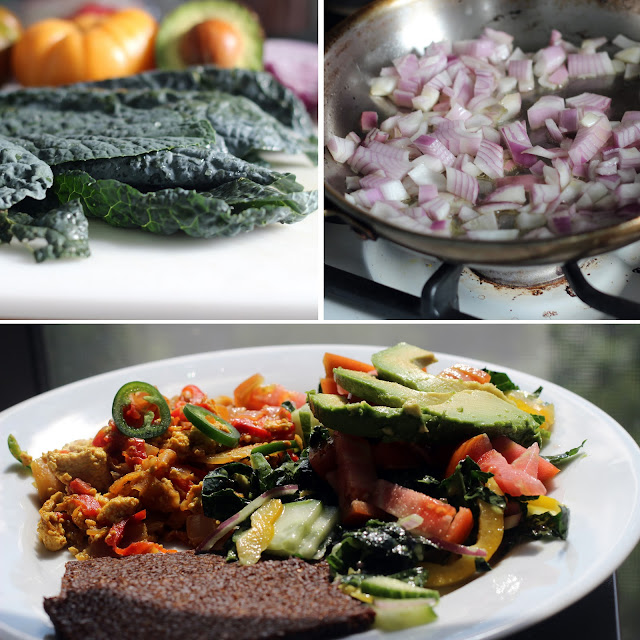 k. since you're really asking for it, heeeeeeerre's rozzzy!!! photo cred to nate!! so cute. it was like his dream home for a few days (that's all i could stand, a huge box full of paper in the middle of our living room) 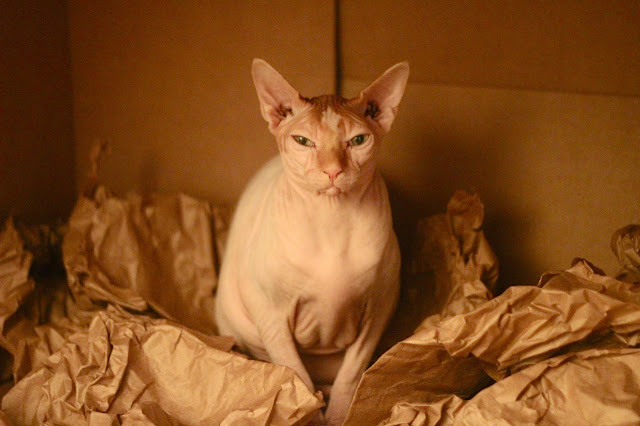