the other day we rearranged our place.
it's been 6 months now since we've been here, and spring is here (as of last wknd, officially!) so we decided to make our office/recording studio bigger, and our bedroom smaller. 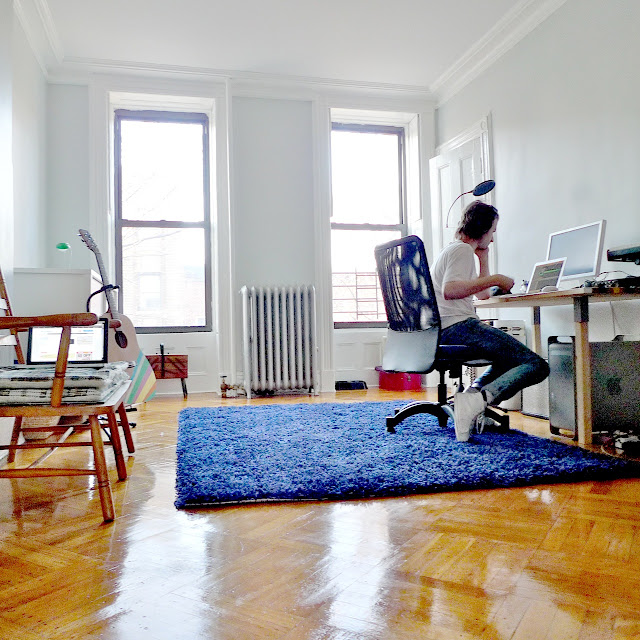 so far, we love our new music room. we started recording another song. i think things will pick up for us (musically, meaning we''ll write & upload more songs) in the next 6 months. the winter/cold/blue really turns this city off. everyone hibernates, it seems like.
plus, we can now be together while the other one is working on a song.
i've always loved rearranging furniture. i used to amaze my parents as a kid. they'd come home, and i'd moved the bed, huge dresser all by my scrawny self. my dad used to say i got that from my grandmother, who would say she's sick and weak and can't carry her groceries by herself, but then the next day she would rearrange her entire apartment by herself. oh babushka.
while we were moving things around, little rozzy went and sat in his chair & then later curled up on it like a little shrimp and slept for a few hours like that. 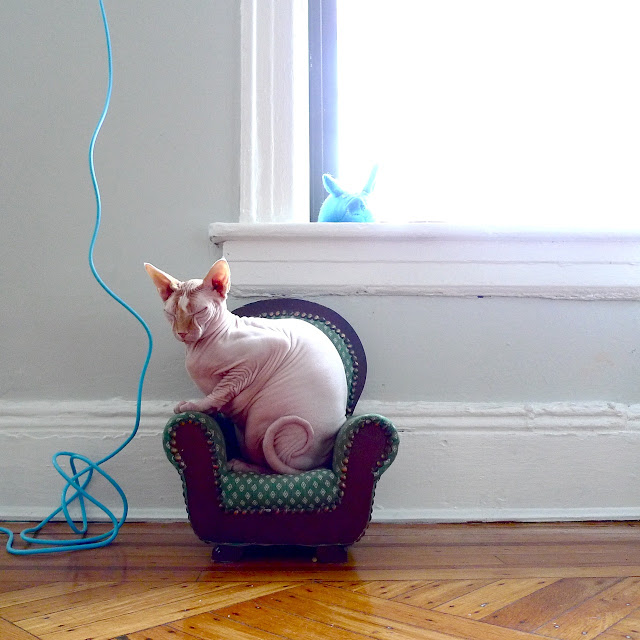 Coop instantly made himself at home on the new positioned bed
he looks like an old wise asian man in this one. 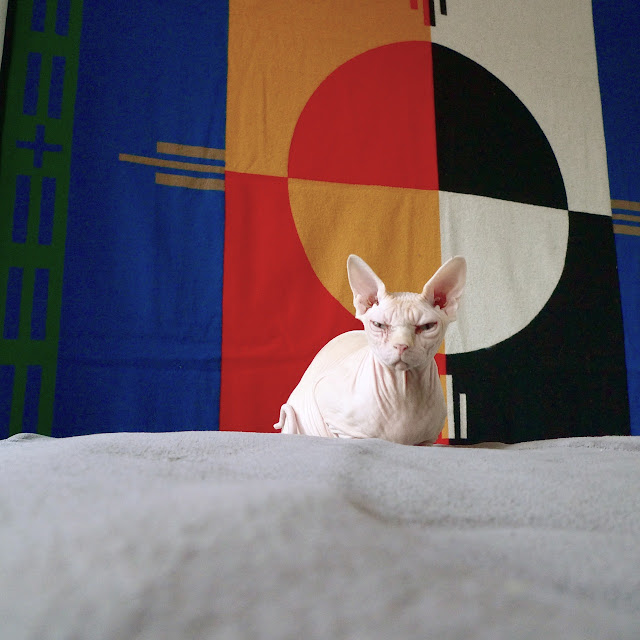 last weekend we went to williamsburg to go eat at a recommended restaurant, called Urban Rustic. as much as i wanted to love this place (they have fresh juices, organic produce & vegetarian options), the staff just wasn't very friendly and also most of their shelves were empty... idk, maybe b/c it's winter they were out of everything? the food was good & they had something called "beer bucha" which is half beer half kombucha! 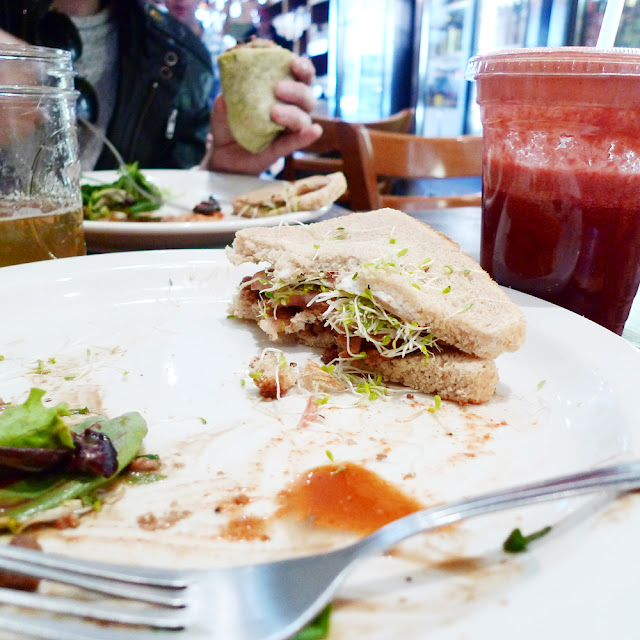 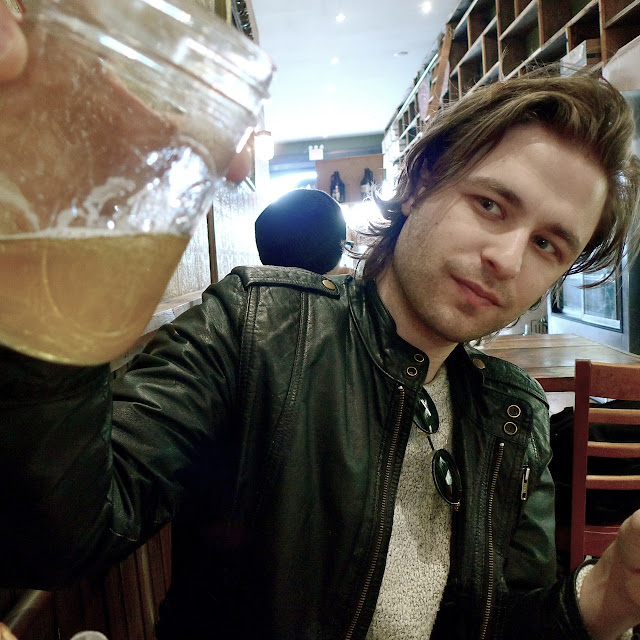 it was deceivingly sunny out. looks warm, but it's actually 45 windy degrees out. we both underdressed. 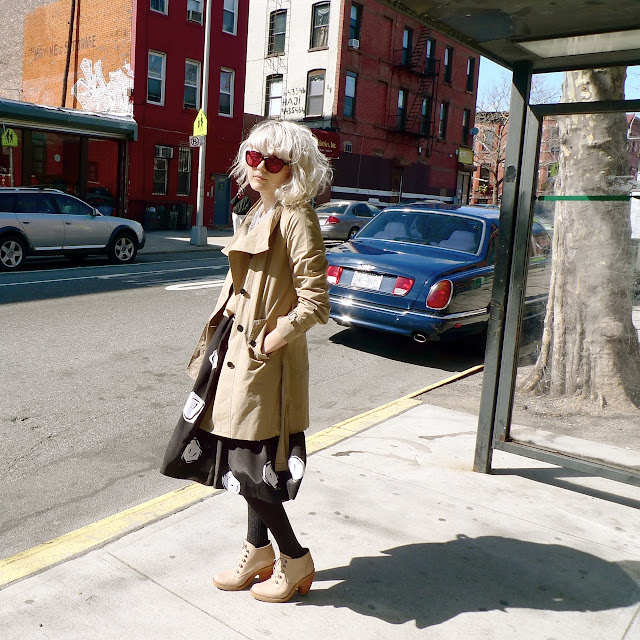 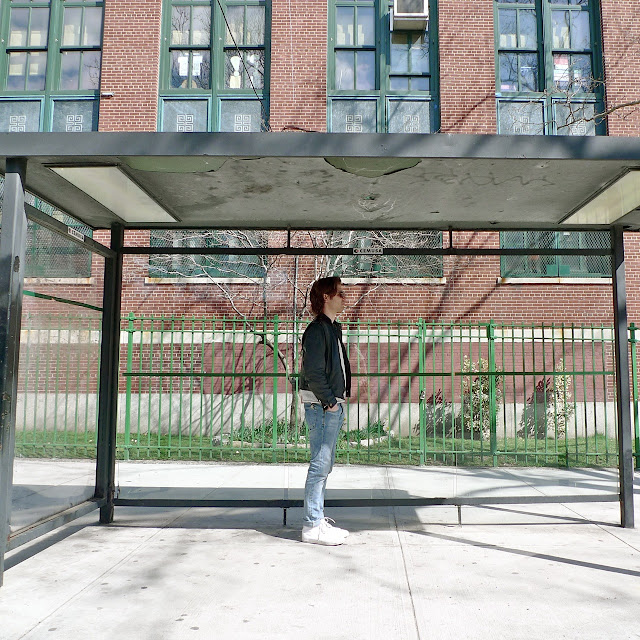 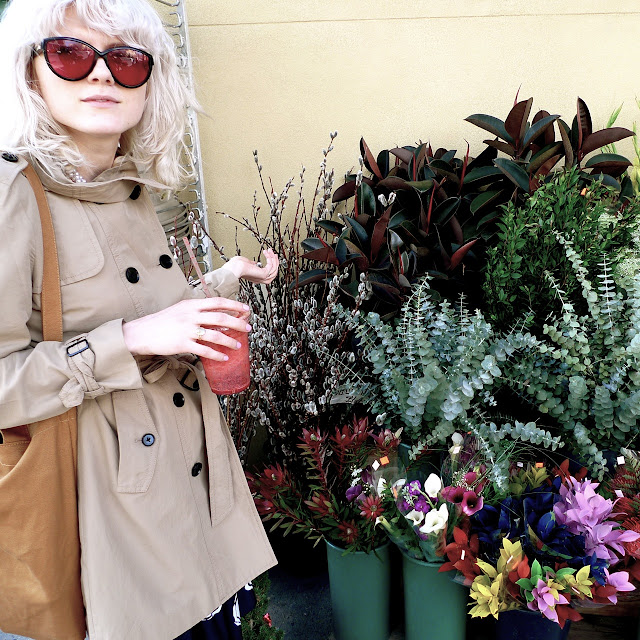 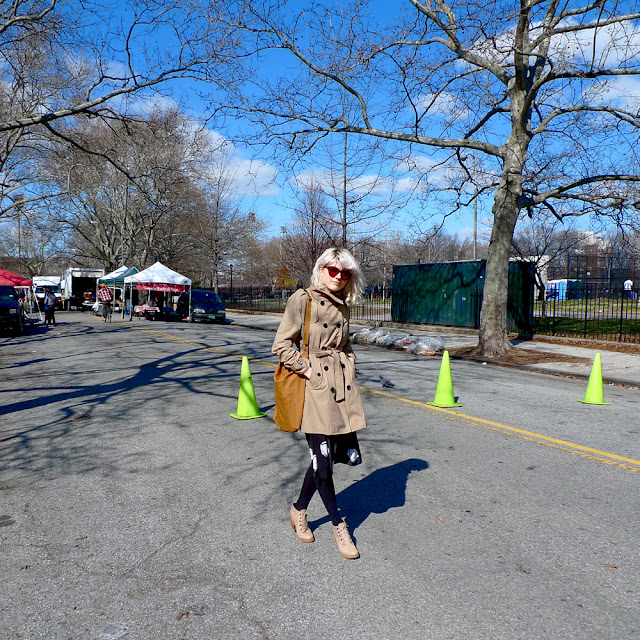 nate started following a crepe truck on twitter, so coincidentally, the truck was in williamsburg. we walked over and nate got a strawberry/nutella crepe. which he ate in it's entirety, but then said it wasn't that good. 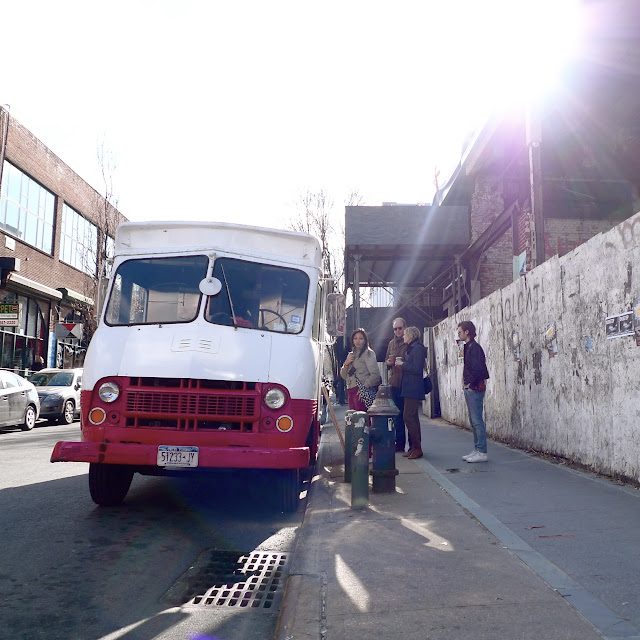 ..what? i'm just randomly standing there.... 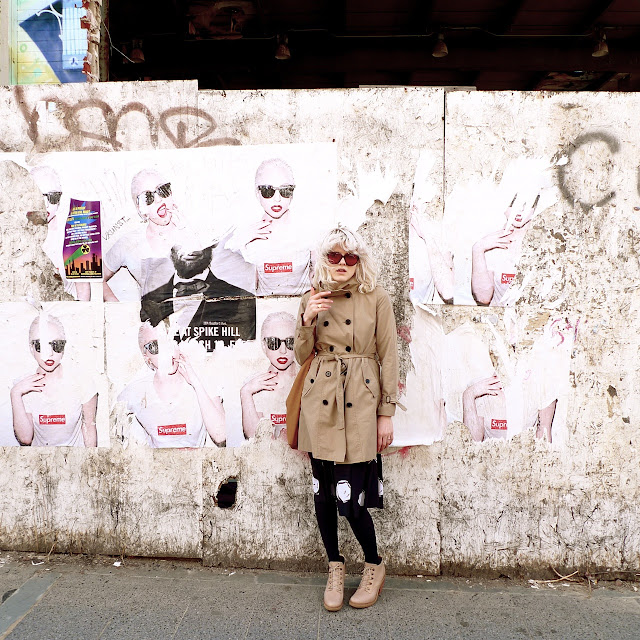 i wanted a raw coconut milk 'cheese' cake slice, which i tried the week before at a raw restaurant. we went back but they didn't have it (surpirse. not).  i am going to attempt to make a raw cheesecake this weekend. hopefully i'll remember to photograph my adventure.
alright, i better go to sleep, so i'm well rested for my last day (for the week) of work.
i like to be extra peppy and happy fridays. 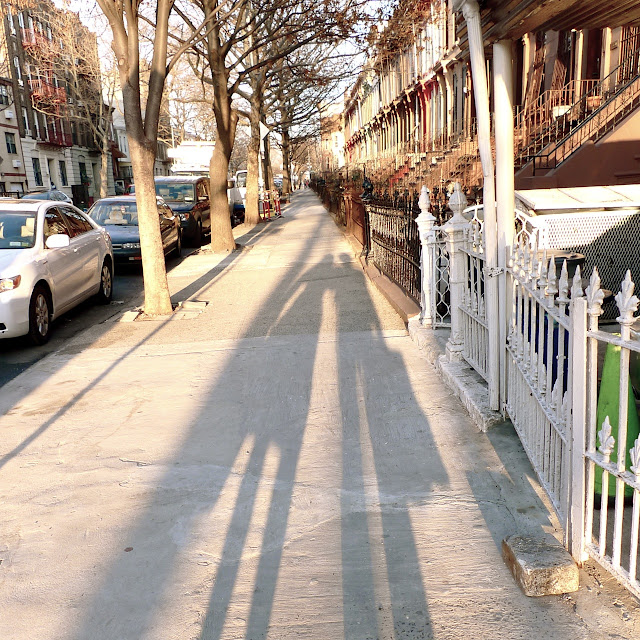 thanks for reading and looking at the pictures!
at 8:43 PM