it was warm enough to wear my trench yesterday! this means, spring is around the corner.
we were just talking about which is better, a cool fall after a scorching summer or a warm spring after a freezing winter....
the latter, it was unanimous. 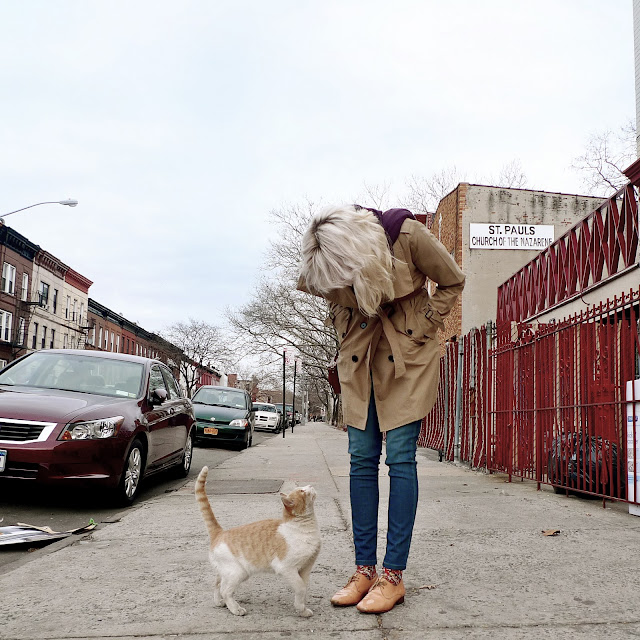 i'm wearing my brand new most favorite jeans of my life! (not joking). high wasted levi's from UO. they're a the perfect shade & fit! $59. not bad for a pair that's your favorite of your life! :)
i was looking up a raw ice cream recipe on youtube (the best recipes are by Ani Phyo, i own two of her books, and all her recipes are very flavorful & delicious) & on the side panel i saw some guy that looked like he might be crazy vegan juice person, so i click on it.
we love this guy now! you gotta watch this video, he's just so crazy.
after laughing for a while, and watching 3 (or 10) of his videos,  we pulled out our juicer and made some veggie/fruit juice. haha.


funny, but he's not talking all crazy, definitely think some of the stuff he says is legit.

& then, nate saw this video on reddit & it's the same guy!

ok. so back to that nice day with my new jeans. 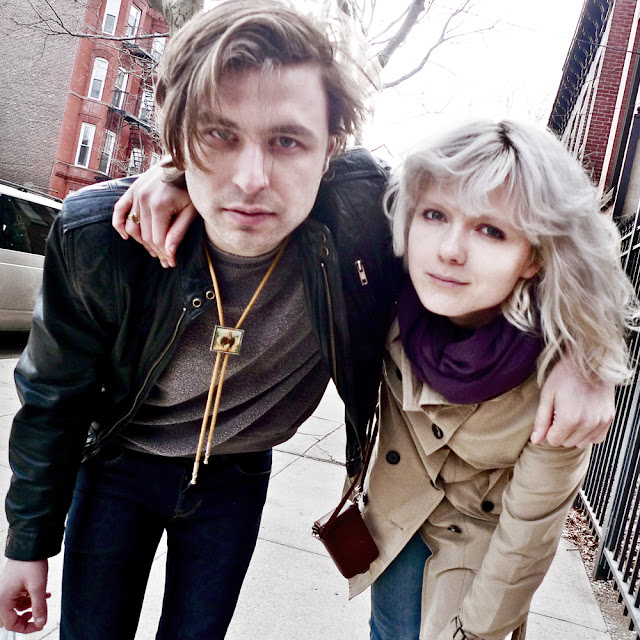 nate made me get this trench jacket from the gap! so cute! i've had it for over a month now, and this was the first day i was able to wear it, fun. 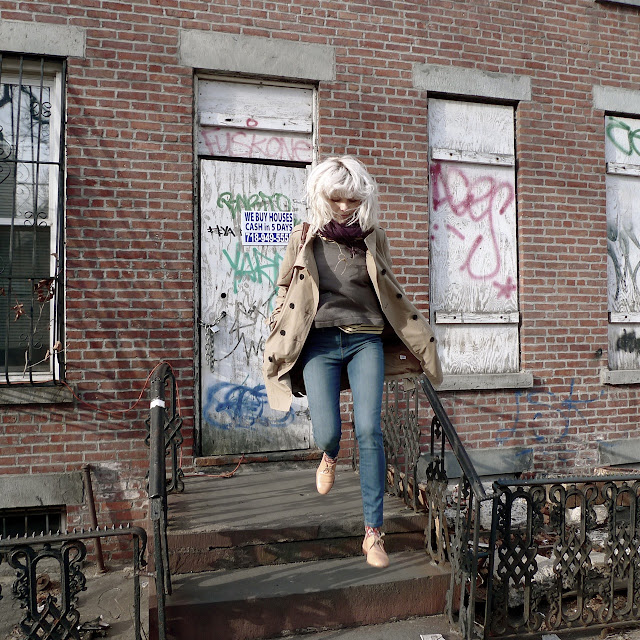 nate found something at this street sale thingy place... anything to make me laugh. then he karate chopped it off. 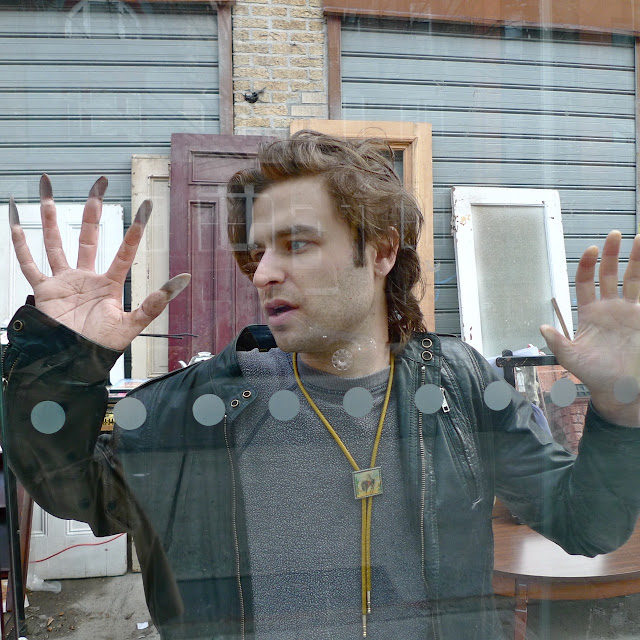 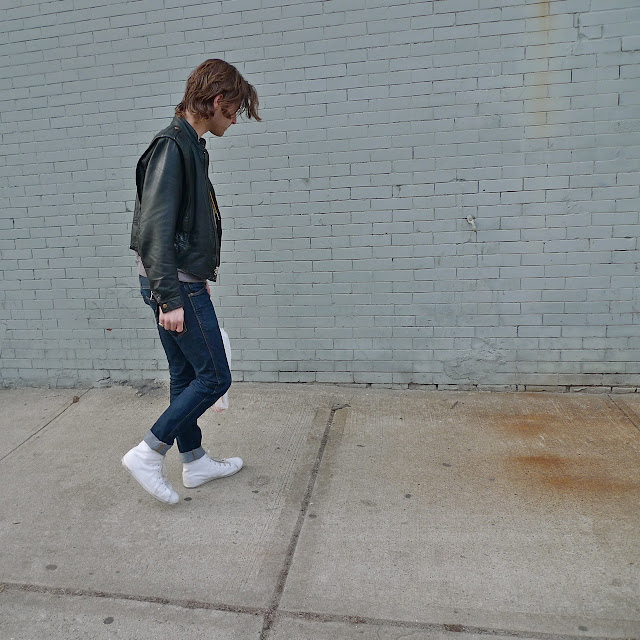 can you spot all three of them! cuties!they didn't eve bark at us.
just wagged their tails. 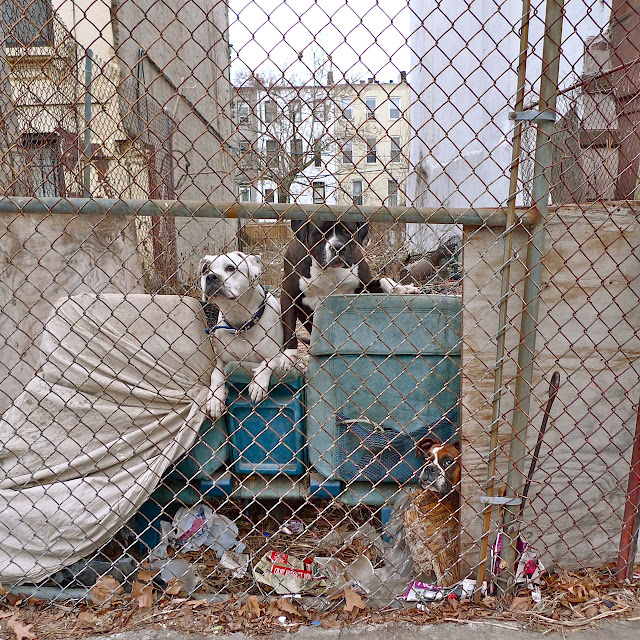 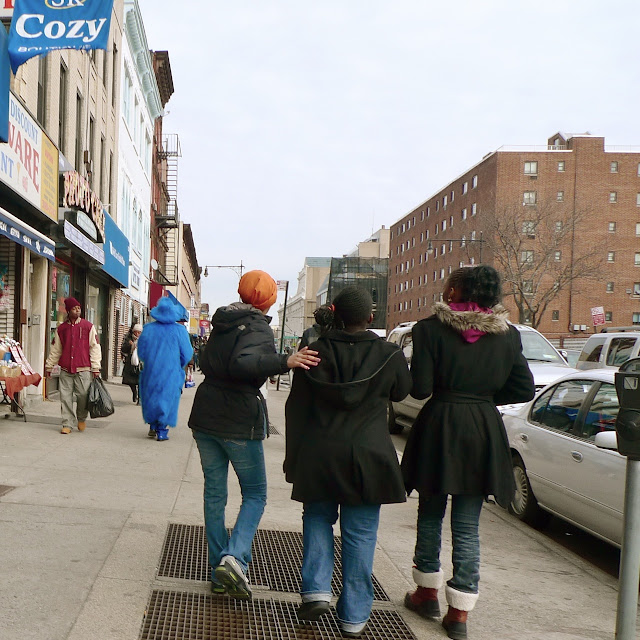 i just found some pictures from last weekend, and there was a really sunny sunday! everyone was outside at the park, and instantaneously in a good mood.
self timer FAIL 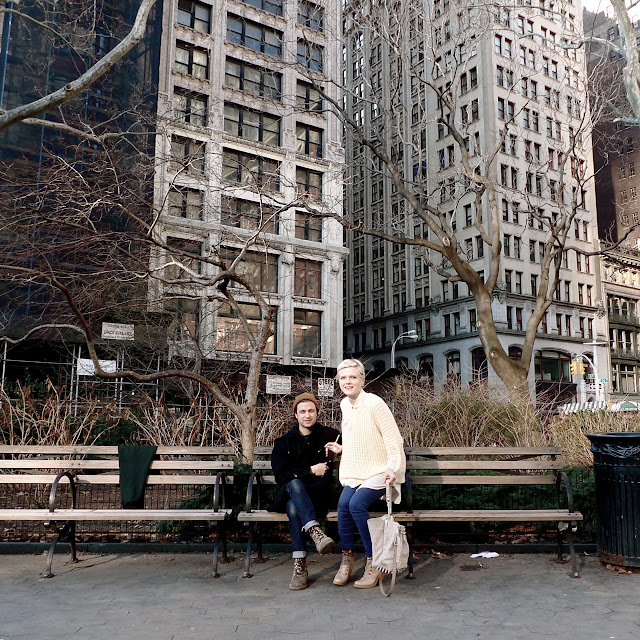 it was so nice, I had an iced coffee to cool off.
kinda exaggerating, since it was still 45-50 degrees out. 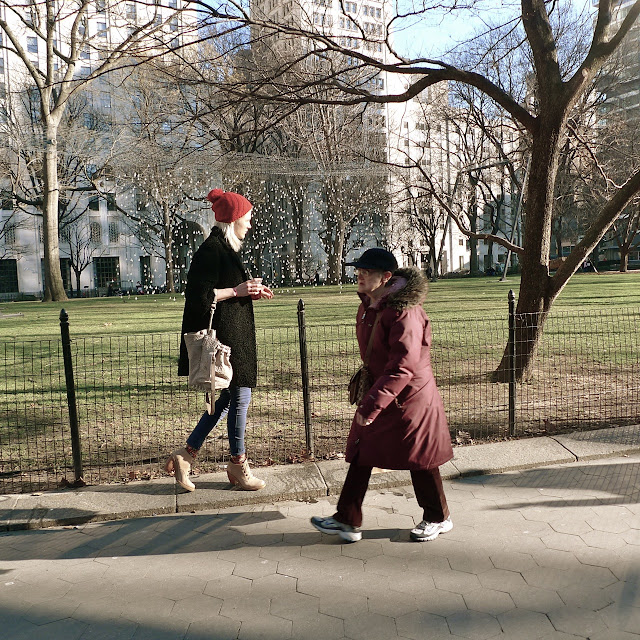 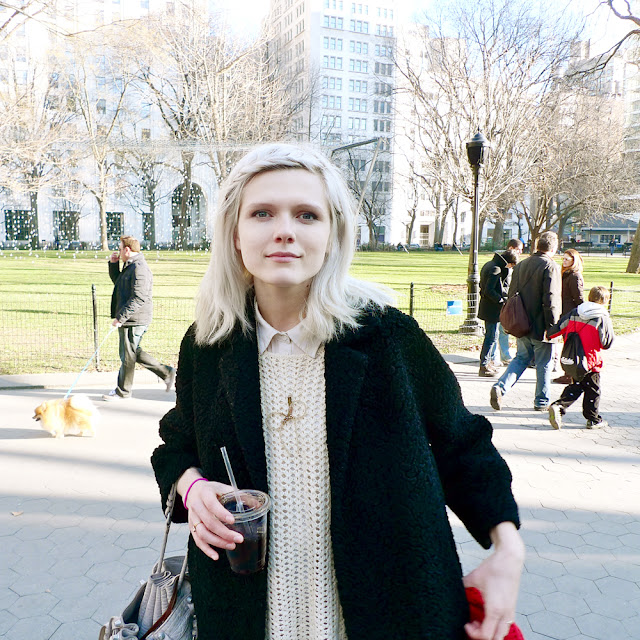 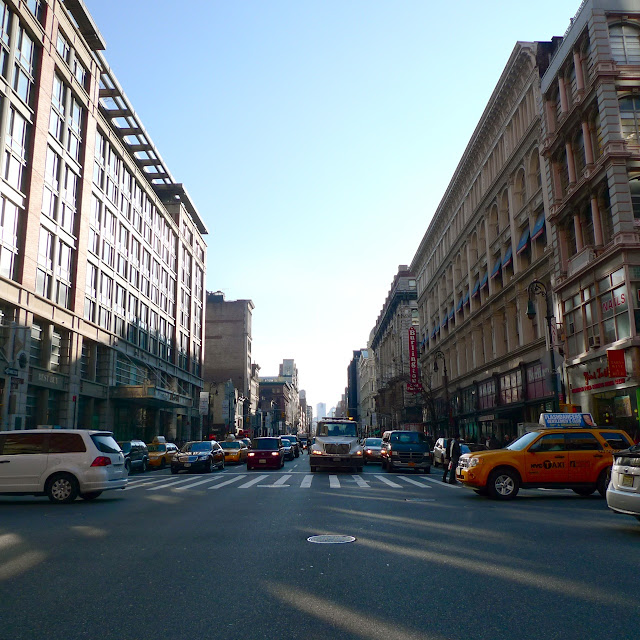 i've been obsessed with getting deals lately online, and have been spending a lot of time on slick deals . i mean, a $3.99 yr subscription to Rachelc Ray Magazine! yes please.
I do want this food processor, and i don't really know why i am holding off on buying this guy, since i've wanted this exact one for over a year, and haven't seen a better deal anywhere ever... $69!
...i mean, i would use it probably everyday.... \ 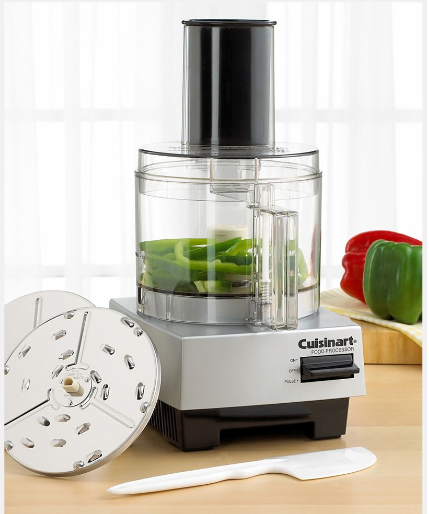 i've also get coupon alrets for restaurants in NYC, they're kinda awesome deals. like you buy $50 for $25. it's a little embarrassing, so i go to the bathroom when nate presents the coupon to them. lol. mean, i know, but nate doesn't care so everybody wins. anyway, i'm saying all that just to say we've found another indian restaurant, with the best masala sauce ever. it's just a little pricey, if you ask me.

i also like the coupons, b/c it makes us go out and try different places, and also walk around in different parts of NY. so that night we came across a photography show, and there were pictures up by sandy kim, one of nate's favorite photographers. i like her too, some of her pictures are a little too raunchy for me, but hey it's art, man. 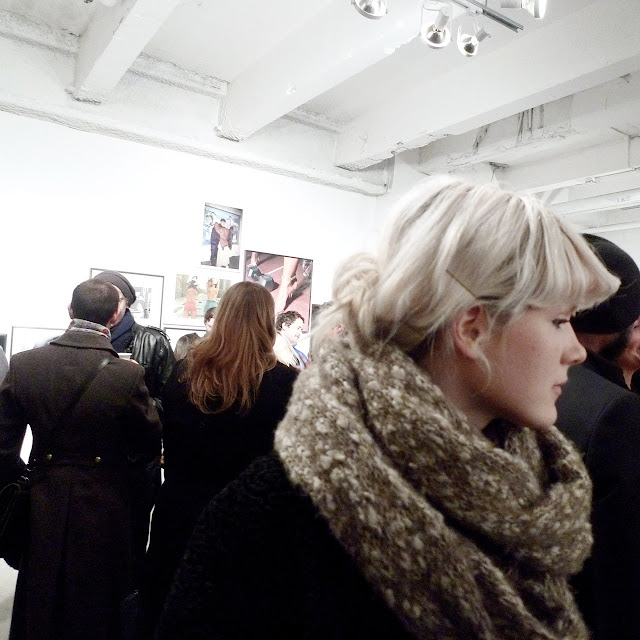 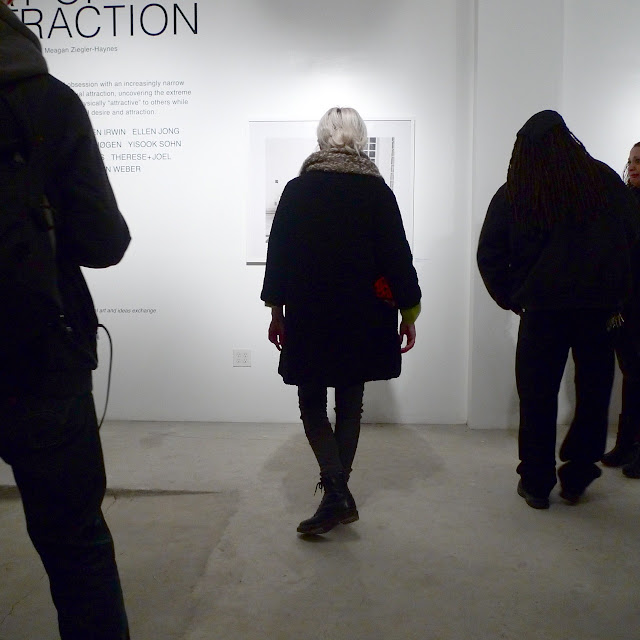 lets see what else.
oh yes, i sprouted some mung beans! so easy & delicious. [the sage has nothing to do with sprouting the mung beans, ha] 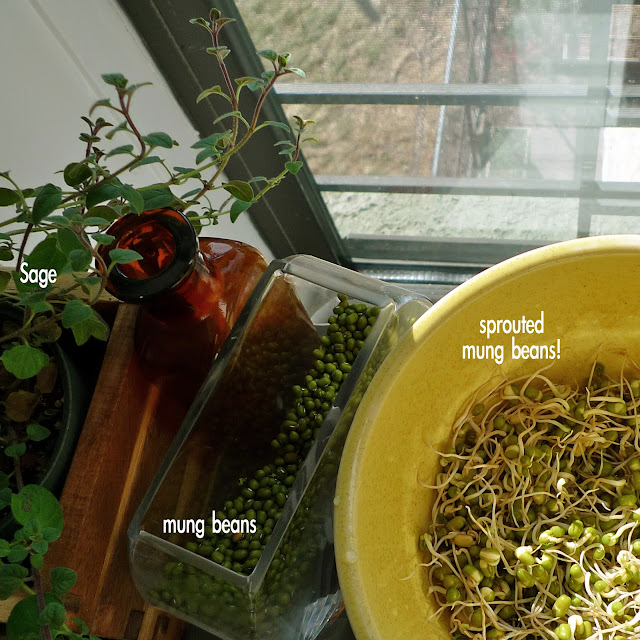 & theni made quinioa (keeeen-wa)in my rice maker, roasted some kale w/ balsamic vinegar & mixed it all together. topped it off with fresh baby greens, avacado, special sauce [veganaise&balsamaic&evoo&spicy/sweet mustard=mmmmm] & mung bean sprouts.  i know something is actually good (and not just to me) when nate gets seconds & thirds. 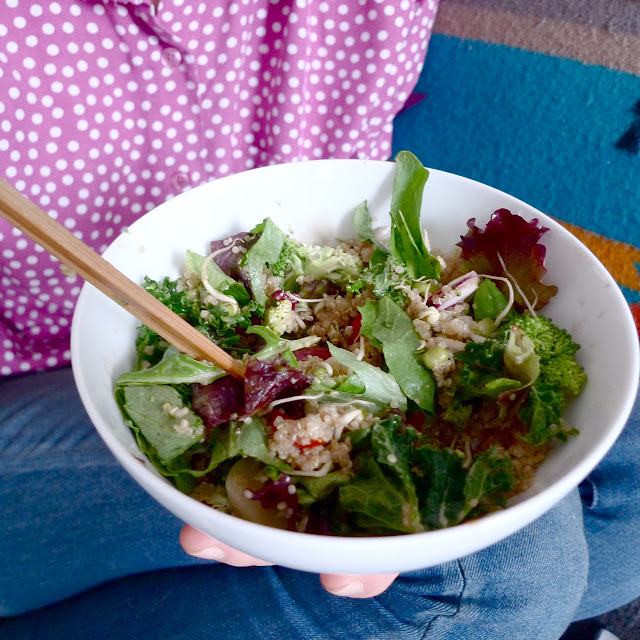 the boys are doing good still.
loving their views.
rozzy 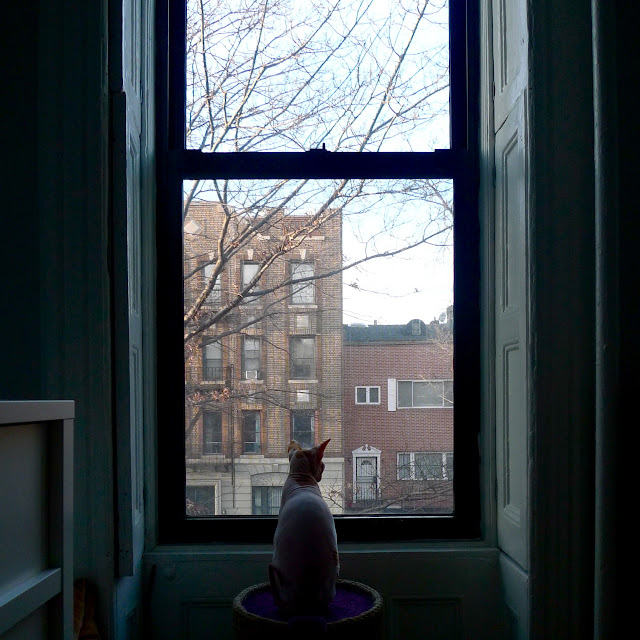 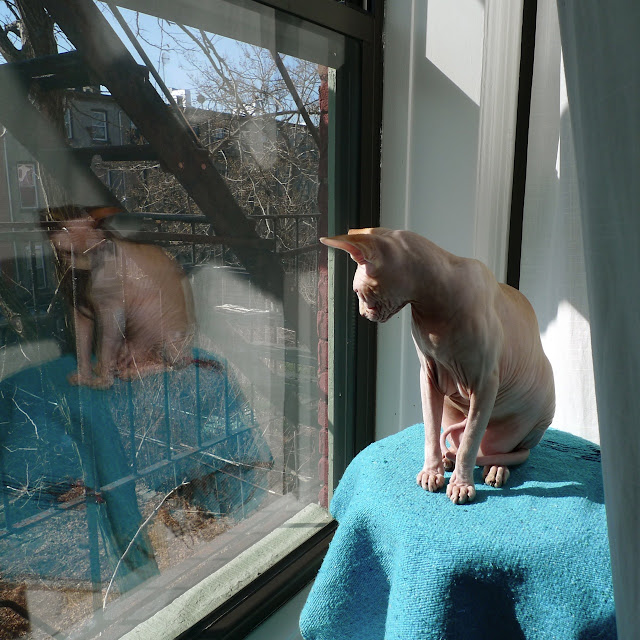 all three of them are still as weird as ever. 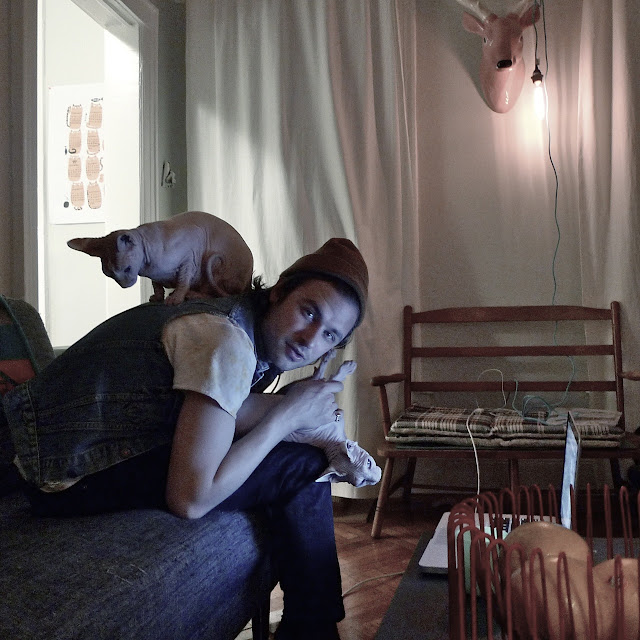 anyone see the strokes on saturday night live? any thoughts about them?
at 12:31 PM